The past and the furious. 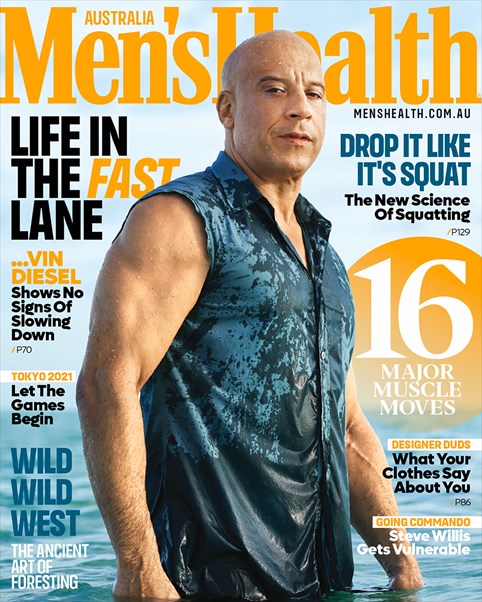 There’s simply no denying it: we are living in an age of nostalgia. From classic television reunions to cultural styles, there’s a collective yearning for the comforting memories of yesteryear that’s perhaps unsurprising given the slog we’ve all endured these past 18 months. And our enthusiasm for reminiscence makes perfect scientific sense – according to a study publishedlast year in Frontiers in Psychology, nostalgia assists in combating loneliness in times of crisis. An earlier pre-pandemic study went deeper still, identifying nostalgia as a useful resource for optimal psychological health and overall wellbeing.

And while we indulge in a trip down memory lane, you need look only as far as your favourite streaming service to know which era reigns supreme: the early 2000s are back, in all their post-Y2K glory.

Perhaps the defining event of this era for Australians was the Sydney Olympic and Paralympic Games, which enthralled a generation of Aussies, highlighting right before our eyes the power of sport to heal, inspire and unite. It was a time of sporting mythology in the making, delivering us heroes in the mortal forms of Ian Thorpe, Cathy Freeman and Kurt Fearnley, accounts of whose deeds are sure to be passed down through the generations.

For me, the Sydney Games were nothing short of life-changing. Having spent my 12th birthday inside Stadium Australia cheering Freeman to victory in the 400m, I knew sport would play a special role in my life. Buoyed as so many of us were by the ‘Olympic Spirit’, it became my goal to work for the International Olympic Committee, a path I pursued after finishing school by choosing to study Sports Management and International Studies, in the hope of one day securing a seat at the IOC table. While that plan is still progressing, it’s with pleasure that we continue to share the stories of our Olympians and Paralympians in Men’s Health, not just in this issue but in the years between Games.

Certain indicators point to Australia entering a new sporting golden age, as children of the ‘noughties’ rise through the competitive ranks, inspired by the performances of their Olympic predecessors. The likes of Mack Horton (p16), Jessica Fox (p30), and Julian Wilson (p130) are products of a thriving sporting culture, making their mark in their chosen sports and, in the process, setting an example for the next generation.

The early 2000s also gave rise to another ‘mythology’: the Fast and Furious saga. In between games of Snake on our Nokia 3310s and evening flirtations on MSN, many of us sought a few hours’ refuge at the local cinema, much to the dismay of our neglected Tamagotchis. It was during this period, in 2001, that cover guy Vin Diesel (p70) first put the pedal to the metal in a Fast movie, a franchise anchored by the charisma of he and his best mate, the late Paul Walker.

As Diesel told MH on location in the Dominican Republic, he set out to change the face of Hollywood. As he edges ever closer to his goal, it’s ironic that his quest has been neither fast nor particularly furious. In fact, there’s a recurring theme in this issue, applicable to everyone from Olympians to Hollywood power brokers to you and me: the keys to achieving any worthwhile goal are to take your time, practise patience and remain positive. Slow and Placid: a less catchy franchise title, to be sure, but a far more solid way to ensure your robust good health is as enduring as Diesel’s career.

The August issue goes on sale at all good newsstands on Monday July 5.