Mills will carry the flag alongside Cate Campbell at the Opening Ceremony for Tokyo 2020. 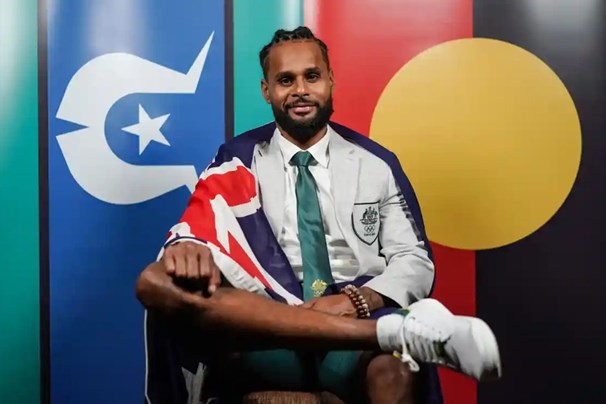 Being selected to compete at the Olympics is every athlete’s dream – no matter your age or demographic. But while those that are Tokyo-bound have certainly had their share of challenges what with a global pandemic threatening to derail the Olympics completely, disrupting the competitive calendar and preventing many from travelling overseas or inter-state to train in conditions favourable for Tokyo, the prospect of setting foot on sport’s biggest international stage is an exciting one. And for basketballer Patty Mills and swimmer Cate Campbell, it just got even more incredible.

Australia has named Mills and Campbell as our flag bearers for the Tokyo Games. In doing so, Mills becomes Australia’s first Indigenous flag bearer at an Olympics opening ceremony, an event he describes as being “insanely meaningful.” Joining Mills is four-time Olympic swimmer Cate Campbell who will also carry the nation’s flag at the 23 July ceremony to open the Tokyo Games.

In an interview with The Guardian from Las Vegas, Mills explained the honour of being chosen to represent Australia. “As a proud Kokatha, Naghiralgal and Dauareb-Meriam man, it’s incredible. A very passionate moment I can feel in my bones.”

“Because those are the people I proudly represent and will carry the flag for. As the first Aboriginal and Torres Strait Islander flag bearer my connection between our country – the land, the sky, the sea, our culture, our history and this particular moment runs extremely deep.”

While Mills revealed that there have been no discussions about carrying the Aboriginal flag at the ceremony, he said he would be taking one to Tokyo. “It’s one of those things that I am always going t carry those flags wherever I may be…being able to be a proud representative of our culture, our Australian culture, it’s always going to be there,” he said.

As well as the landmark moment for Indigenous Australians, it’s also the first time the International Committee has decreed that a male and female carry the flag of each nation at the ceremony. Australia has had dual flag bearers before, when Denise Boyd and Max Metzker led the team out under the Olympic flag at those Games in Moscow in 1980.

Speaking of the honour of being the first female swimmer to carry the flag at an opening ceremony, Campbell said: “Honour and privilege have been thrown around a lot…I wish that the English language had a few other words that could fully express just the real sentiment and emotions that I am feeling right now.”