Mark Cavendish is Still A Winner in Our Eyes

The man everyone was rooting for was denied the record as he was beaten by Wout Van Aert on Champs-Elysees. 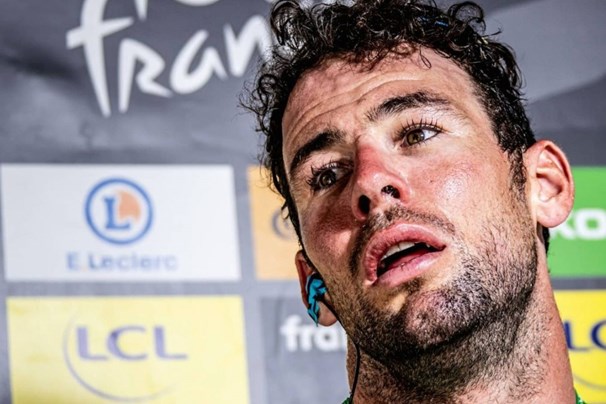 The Tour de France might be a story about the yellow jersey, but 2021 has been all about Mark Cavendish. Regardless of who you support or want to take the title, Cavendish’s plight to surpass cycling legend Eddy Merckx’s longstanding record of 34 stage wins in the Tour de France has been most compelling. And when you know the story of Cavendish himself, it’s one that has united viewers from around the world in solidarity of support for the man in the green jersey.

It was with great heartbreak then, that we watched as Cavendish was denied the record. In an act that can only be described as the ultimate party pooper, Belgian national champion Wout van Aert took the final stage from Chatou to Champs Élysées. Unable to get the lead-out, Cavendish suffered from what appeared to be a block by those ahead of him on the final bend while Van Aert managed to instead open up his sprint. When Cavendish finally had clear road before him, it was too late. With his incredible power output and ability to win mountain stages, time trials and sprint finishes with apparent ease, Van Aert proved too good for Cavendish.

Still, Cavendish’s victories in this year’s Tour have been nothing short of triumphant, a cause for celebration for all who are viewing from around the world. The 36-year-old bagged four stage wins and his first success in the Tour’s points classification since 2011. As he told reporters, “It’s really nice after 10 years. It seems an age ago.”

He added, “It’s an absolute dream to be back here. It’s an honour just to be here, no matter the result, no matter what jersey I’m wearing. But it is nice after a decade to pull on the maillot vert again.”

It marks an incredible comeback for Cavendish who won for the first time since 2016 in Fougeres, before taking more stage wins in Chateauroux, Valence and Carcassonne. In doing so, he proved his doubters wrong, including his sprint lead-out man, Michael Morkov. “I doubted that he would pass the [mountain] stages but he was really strong,” said Morkov. “He was never supposed to do the Tour, so to come here, the hardest race of the year with some of the hardest mountains, I have huge respect for him.”

Taking out the title – and with it, back-to-back Tour victories – was Slovenian cyclist, Tadej Pogacar. The 22-year-old has now won the last two Tours, a remarkable feat by any standard. For so much of the Tour, Pogacar’s lone attacks have cemented his place as a dominant force in the sport, and the Tour quickly became a question of not who would beat him, but just how much would he win by. Aside from taking three stages, the King of the Mountains classification and the best young rider classification, Pogacar also now has his second Tour title.