As NSW looks to contain what is rapidly becoming a significant spread of the coronavirus, Australian states have issued new restrictions regarding travel, while New Zealand has halted the Trans-Tasman bubble completely. 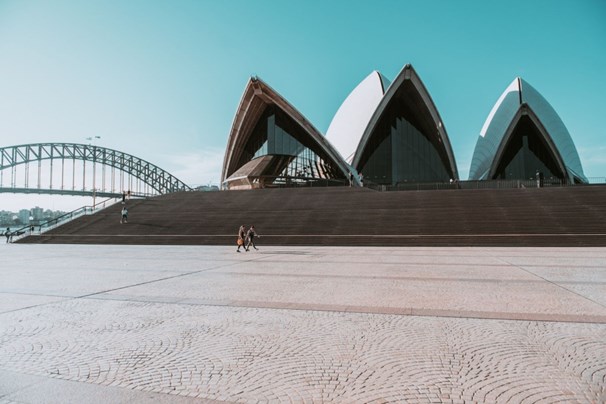 Just as families looked to treat themselves to a school holiday one could remember, disaster struck. Despite grappling with a few outbreaks here and there, over the weekend NSW found itself in the centre of an alarming spread of the coronavirus. With countless cases emerging and an ever-growing list of hot-spots being recorded, it became clear that there would be no way forward without plunging the entire state into a two-week lockdown as of Saturday, June 26 at 6pm. As cases continue to be monitored by state and territory health authorities, new travel restrictions have bee imposed to ensure the spread can be contained. Here’s everything you need to know about the new travel restrictions and how they might affect you.

Sydneysiders will be unable to travel to regional NSW until July 10. Residents are barred from leaving the city, except for essential purposes. Interstate arrivals to NSW do not require a permit, but travellers from Victoria will need to complete a travel declaration within the 24 hours immediately before entering NSW, or on entry.

To enter Victoria, Australian travellers will need to apply for a permit. Greater Sydney and Wollongong, as well as Darwin, have now been declared “red zones” and these residents will be banned from entering Victoria. For any Victorian residents returning from a red zone, you must quarantine for 14 days.

The Queensland government has extended border restrictions to all of greater Sydney, including the Central Coast, Blue Mountains, Wollongong and Shellharbour. From 1 am on Thursday 24 June, people who have lived in or visited these areas will be barred from entering Queensland, unless granted special exemption. For Queensland residents returning from a hotspot, you will need to quarantine for 14 days at your own expense.

Having re-introduced a hard border with NSW, no one who has been in the state since 11 June is allowed to enter. Restrictions are also in place for people coming from Victoria, Queensland, the NT and the ACT. Anyone who has visited those states or territories must go through 14 days’ quarantine and be tested. SA and Tasmania are the only states that do not have quarantine restrictions.

Effective 4pm Friday 25 June, a stay-at-home order has been granted for all of greater Sydney, as well as the Blue Mountains, Central Coast and Wollongong. Non-ACT residents who have been in greater Sydney will not be allowed into he ACT except in limited cases where exemptions are granted.

The state has closed its border with NSW, Western Australia, Queensland and the Northern Territory and the ACT. A 100km buffer zone has been put in place with NSW, allowing people living near the border, including Broken Hill, to travel into SA. Anyone who arrived in SA from greater Sydney since Monday must isolate for two weeks and get a Covid-19 test on days one, five and 13.

People from anywhere in Victoria or who have visited the area within 14 days of arriving in SA, must get a Covid test on day one and self-quarantine until a negative result is received.

All interstate arrivals to the NT must fill in a border entry form. Sydney, the Blue Mountains and Wollongong have been declared hotspots and any visitors from those areas will need to go into quarantine for 14 days. Anyone deemed a close contact by NSW government must undertake 14 days of quarantine in their homes, while any casual contacts must isolate and get tested, and remain in self-quarantine until a negative test is returned.

Tasmania has closed its borders to any travellers from the greater Sydney area. All arrivals to Tasmania must provide contact and travel details before entering the state. Anyone who has been to an exposure site in Victoria, NSW, ACT and Queensland are not permitted to enter the state.

NZ has suspended quarantine-free travel with Australia until 9.59pm on Tuesday 29 June. People who have visited an exposure site in any state are also barred from travelling to New Zealand within 14 days of visiting that site.