"I had to completely rethink what I was putting in my body." - by Lauren Williamson 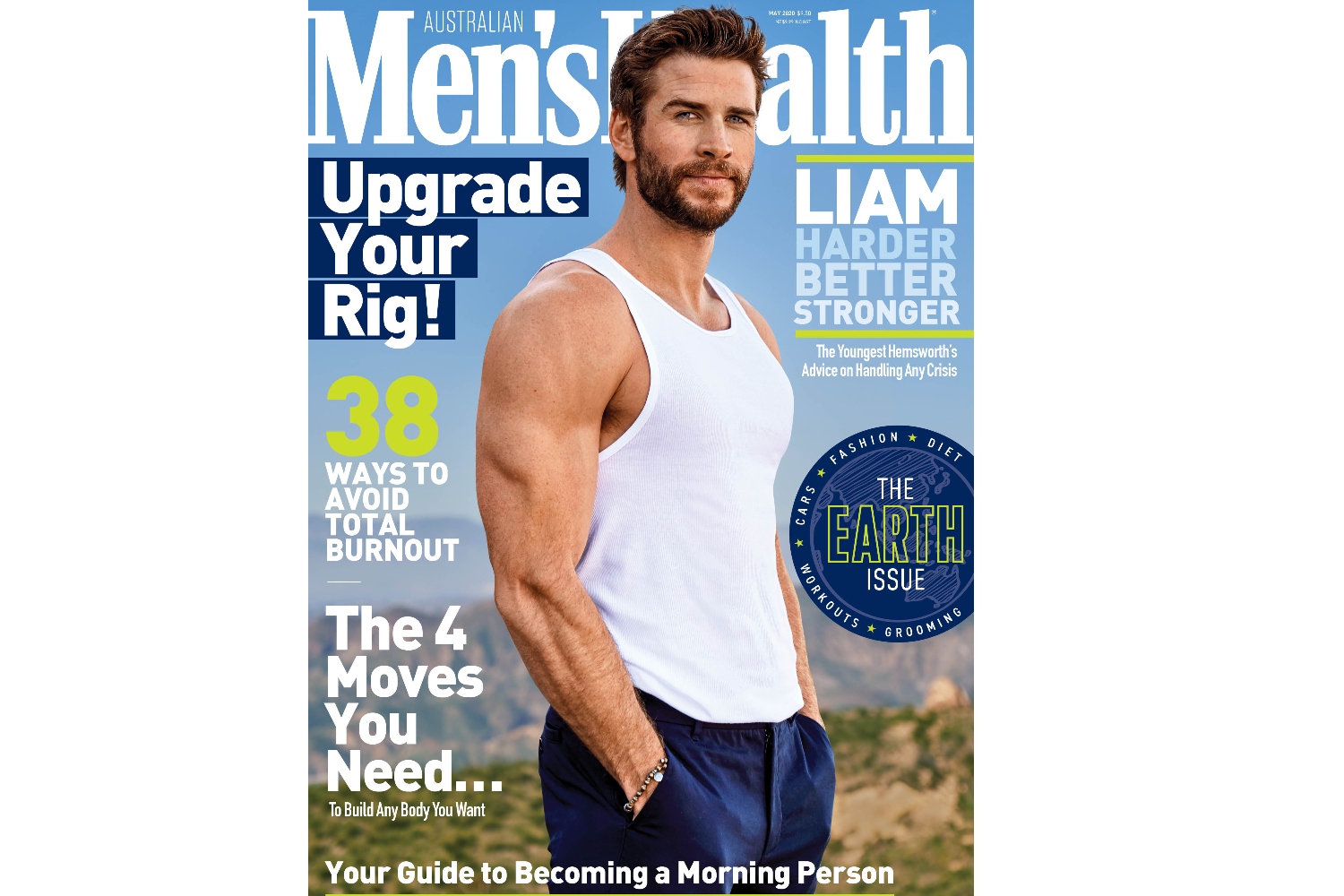 “The first two years, I felt great,” he says. “I felt my energy was high. I felt like my body was strong, cardio was high, everything felt really good.”

“February last year I was feeling really low and lethargic and wasn’t feeling good generally,” he said. “And then I got a kidney stone.”

Hemsworth’s ailment was what is known in medical circles as a calcium oxalate stone. The painful stone formed due to an excessively high level of oxalate – a chemical compound found in nuts, spinach, legumes and bran – in his diet. These were foods Hemsworth was consuming in epic proportions. By the time he was hospitalised, the actor’s morning smoothie alone consisted of five handfuls of spinach, almond milk, almond butter and vegan protein.

“That was what I considered super healthy and doing the right thing,” he says. “I had to completely rethink what I was putting in my body.”

While Hemsworth now openly admits his vegan days are behind him, he’s quick to recognise that although it didn’t end well for him, others may have a different, more positive experience.

“If something works for a period of time, great, keep doing it,” he advises. “If something changes and you’re not feeling great, then you’ve got to reassess it again and then figure it out.”

The episode involved a complete overhaul of his diet as he took stock of what he put into his body. It included an almost six-month stint of sobriety.

“I want to have optimal health at all times,” he says. “I want my mental health to be strong and I want my body to feel good.”

For more of our chat with Liam pick up a copy of Men’s Health in store or online.

Skeptical about NA beer? We were, too, until these brews turned us into true believers.