From growing a moustache to activewear purchases and fitness activities, there are a number of ways you can support the cause and raise awareness for men’s health during the month of November. 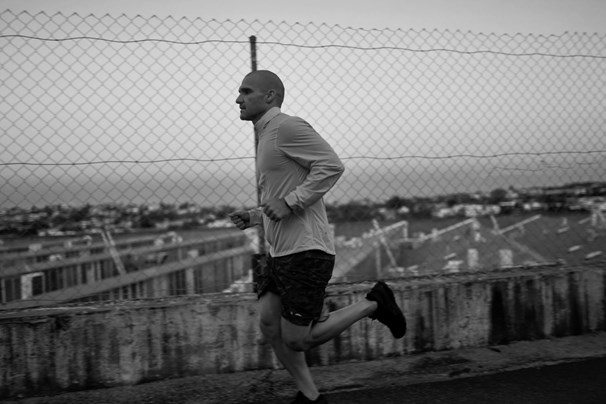 For most of the year, the months pass with little to distinguish them from the rest, empty days accumulating on the calendar. But when November rolls around, it announces itself with great pride. This, after all, is the month where men across Australia get to put down the razor and enjoy the wispy strands that begin to take shape atop their upper lip. From those with the kind of moustaches that look like a cappuccino stain to others that stop traffic, growing a moustache for November is something everyone can take pride in as the cause is a worthy one.

It’s estimated that globally, on average, one man dies by suicide every minute of every day. In Australia alone, three out of four suicides are by men. The statistics are shocking, and while the issue of suicide is incredibly complex, the need to remove the stigma associated with mental health struggles and depression has never been more apparent. Particularly for men, toxic masculinity and prevailing attitudes that surround discussions of struggle or emotionality mean that, for a number of guys, asking for help isn’t an option for fear of judgment and how they’ll be perceived by their peers. As well as this, men’s health is in crisis with males dying on average five years earlier than women, for reasons that are largely preventable. As Movember notes, “A growing number of men – around 10.8 million globally – are facing life with a prostate cancer diagnosis. Globally, testicular cancer is the most common cancer among young men.” It’s time to change this.

Through initiatives like Movember, conversations about mental health and checking in on mates is made a priority as the organisation looks to improve overall mental health by helping men establish better social connections. It’s hoped that by 2030, the rate of male suicide is reduced by 25 per cent, thanks in part to greater education, more widespread services that are accessible, greater government funding and conversations where men and boys recognise that there is no shame in expressing their own struggles or talking about the big things in life.

Movember is calling on Australians to come together and help change the face of men’s health, raising awareness and funds for mental health and suicide prevention, prostate cancer and testicular cancer in the process. As well as repping the moustache this month though, you can also spark conversations through your activewear too, thanks to a partnership between Movember and Lululemon.

Lululemon has created a Movember product capsule collection where, across the month of November, $5 from each eligible product sold will be donated to Movember by the activewear company. Shop the product range here.

In another initiative that will not only raise awareness for men’s health but also see you make connections and improve your fitness at the same time, you can commit to Move for November. By running or walking 60kms over the month, you’ll highlight that we lose 60 men to suicide each hour, every hour across the world. Consider joining a team and engaging with others for this initiative, or alternatively do it solo.

After months spent in lockdown, there’s never been a greater need to rally some mates, get together and ensure conversations are had. Hosting an event is all about having a good time and in this instance, it’s for a good cause too. Even if restrictions still mean you can’t see those you want to, you can also host something virtually.

Mo Your Own Way

“We need to fix the behaviour of men.”

He’s the ally to recruits on SAS Australia, but Dr Dan Pronk’s wisdom isn’t confined to the special operations alone. With his book The Resilience Shield, Dan proves that while resilience may be dynamic, certain tools can see us build up our own mental toughness to better navigate life’s stressors.