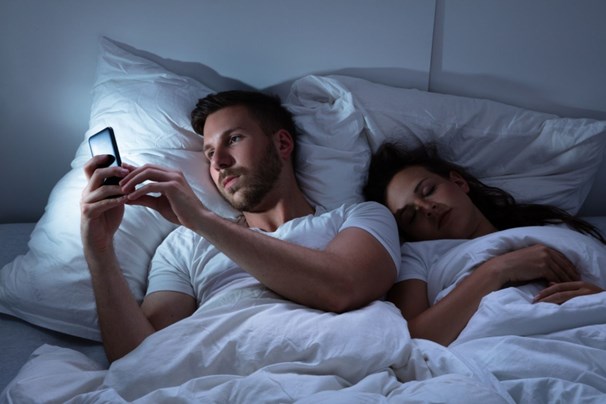 It’s been a rough few months for the single people of NSW. Under lockdown, hopes of intimacy have been quashed by social distancing and a five-kilometre radius ruling which essentially saw your Tinder prospects dwindle into the single digits. And while some have used the opportunity to perhaps turn inwards and you know, “do the work” as many like to say, others have been tempted to reach out to anyone in the hope of rekindling a spark, hoping that even some sort of flicker might see them through this bleak period of mask-wearing and non-contact. Our phones are now practically groaning under the weight of conversations started up in lockdown, check-ins with an ex who wasn’t completely terrible, or that one night stand we should have given more time towards. If you thought you were alone in this, think again. According to a new study, it turns out the majority of us have “back burners” we keep in contact with – but it’s not just single people.

For the uninitiated, “back burners” refers to people who we keep in contact with in the hope of someday pursuing a romantic or sexual encounter. We might not exactly see a future with them, but we still like the idea of knowing we could get them if we wanted to. Given that we’re living in a socially connected world facilitated by the likes of Instagram, Facebook and texting, it’s easier than ever to keep tabs on an ex or potential suitor. We can practically see their whole dating history on their own timeline. As Psychology Today reports, online communication also means we can engage in “relationship maintenance behaviour,” something they describe as involving three elements. “First, positivity (being compassionate to someone and ensuring that interactions with them are fun and enjoyable). Second, openness (disclosing personal information and maybe even sharing secrets). Third, assurances (demonstrating that you wish the relationship to sustain over time and that it has a future).”

In a study, researchers looked to examine who actually uses back burners and why. Participants reported being either single, in a casual relationship or in a committed relationship and after outlining their favourite type of electronic communication, were then asked to identify back burners by looking through their contact lists. They were then asked to think about their most important back burner and whether they employed positive maintenance strategies with that person. According to the research, half of those in committed relationships reported that they employed openness as a strategy when communicating with their back burner, compared to 80 per cent for singles and 73 per cent for those casually dating. Thankfully, those in committed relationships reported employing lower levels of positivity and assurances.

So, does this spell bad news for those in relationships? Not always. If someone is engaging heavily with their back burner, then it might be likely that they are setting themselves up for an exit strategy that allows them to have someone beside them when they end the relationship. But for the majority of people, the communication is far more innocent. Given that dating apps present a plethora of choices that make it nearly impossible to settle down, perhaps that ingrained sense of “having options” never really leaves us? Maybe even when we’re committed to someone else, just having the number of a potential back burner allows us to think we still have options – even if we never need them.