After an off-season that consisted largely of a feverish four-month Ben Simmons watch (more on that later), the NBA is back with one of the most wide-open title races in years. A few legacies are on the line, some careers look set to turn supernova and some players, well they might not even play, hello Kyrie Irving. And yes, perhaps the biggest question of all for Aussie sports fans: what the hell is going on with Ben Simmons? And where will he be come playoff time?

There’s plenty to chew over, so let’s break it down:

LeBron and AD are healthy and the roster has been revamped with some polarising veteran talent: Russell Westbrook, Carmelo Anthony and Dwight Howard. If everyone stays healthy, accepts their role (looking at you, Russ and Melo), this team is probably favourite to add another title. If LeBron (entering year freakin’ 19) or AD gets injured, though, or Russ can’t accept not being a triple-double machine, then this could be a repeat of last season – not quite a shitshow but close to it.

Basically, The Avengers of the NBA with three future Hall of Famers in KD, James Harden and Kyrie Irving, the Nets were Durant’s “big-ass foot away” from knocking off the Bucks in last year’s Eastern Conference Finals. That was without Irving and Harden playing on one leg. This year, they’ve added Patty Mills to add playmaking spark and shooting off the bench, and welcome back centre LaMarcus Aldridge. The big question right now is whether Irving gets the jab, as the Nets have barred him from playing until he does. Scarily, the team may be deep enough to win it all without him.

With a ring under his belt, 26-year-old Giannis Antetokounmpo may be ready to assume the mantle of undisputed best player on the planet. Having reached the summit once, the confidence that comes from getting over the hump and figuring out how to win in tight situations make the Bucks a strong chance to repeat.

Currently, the 22-year-old Slovenian wunderkind has a better statistical record than either Michael Jordan or LeBron James at the same age. Single-handedly driving the Mavericks’ offence, if the team manages to post a good regular season record Doncic can start preparing his MVP speech.

The Brooklyn Nets superstar has only won this award once. For a player of his calibre that seems low. The problem is he might split votes with teammate, Harden.

Another season like last year, where Curry led the league in scoring with 32 points per game, plus the return of fellow Splash Bro’ Klay Thompson, and the Warriors might get enough wins for the GOAT shooter to win his third award.

ROOKIE OF THE YEAR

The strength of this year’s class makes this is a difficult one to predict. No.1 pick Cade Cunningham will get plenty of opportunity to shine in Detroit, as will Houston’s Jalen Green, who’s apparently pissed at being selected at no.2 and on something of a mission. The dark horse is Sacramento Kings’ defensive menace, Davion Mitchell, who could be a difference maker, though is unlikely to rack up gaudy offensive stats. Let’s go with the guy with the biggest chip on his shoulder: Green.

As mentioned, Mills will provide the Nets with a plug n’ play option off the bench and with Irving possibly sitting out the full season, may become a very important piece in the team’s championship aspirations. Perhaps this is the year “Olympic Patty” shows up in NBA arenas?

The star-crossed guard impressed enough in the Olympics for the Rockets to sign him on a very incentivised, three-year, $15m deal. He basically has to avoid getting injured to get paid. If he can, then perhaps his career will finally take off.

OKC’s surprise no.6 pick in the draft has impressed in preseason games (yeah, we know, hardly a harbinger for things to come). Still, given the Thunder are in tank mode to try and harvest their war chest of first-round picks and the roster is about as deep as a kiddie pool, Giddy should get plenty of chances to make his mark.

Saving the best, or at least, the most enigmatic, confounding, WTF are-you-doing player till last. Simmons was the talk of the NBA off season. Let’s recap a little. After his infamous flameout against the Hawks in the Eastern Conference semis, Simmons backed out of the Boomers’ Olympic campaign, cavorted with a new squeeze at Wimbledon, took a month off Instagram, then came back and resumed posting pics of his sports cars, moved to LA, put his Philly houses on the market, reportedly said he never wanted to play for the Sixers again, sat out most of preseason coughing up close to a million bucks in salary in the process, and finally, surprised everyone this week by showing up unannounced at the Wells Fargo Center for a COVID test. He’s now likely to start the season with teammates and a coach who he (perhaps rightly), believes threw him under the bus after the team’s playoff debacle. ‘F#ck Ben Simmons’ chants have already been heard at Philadelphia Eagles games, so if he does suit up on opening night, the team’s notoriously rabid fan base will let him have it. Nobody really knows what’s going to happen, but it seems the Sixers are hoping by playing, Simmons will raise his trade value enough so they can get fair return for him. The chances he’s still a Sixer by the February trade deadline are slim but probably not as slim as the possibility that, against all odds, Simmons has actually worked on his jumper this off-season and the Sixers organisation and fans suddenly forget what a clusterf*ck this has all been. If that happens, well, don’t even think about calling it a comeback. 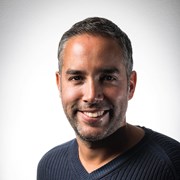