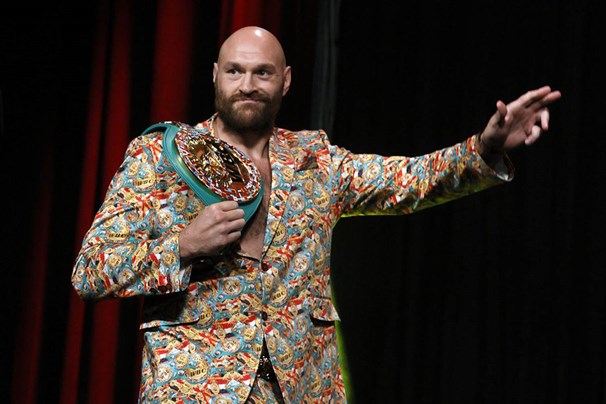 If you follow fighting sports, you’re probably already aware of George Lockhart’s work. He’s the nutritionist and chef who controls weight cuts for UFC stars like Conor McGregor and Daniel Cormier, and has managed the nutritional needs of boxers, such as two-weight world champion, Badou Jack. For the past few months though, Lockhart has been working with a new client: 6ft9, self-styled “fat man”, Tyson “The Gypsy King” Fury.

Using only the freshest produce, for the past seven weeks Lockhart has been making five trips a day to a local farmers’ market in order to fetch enough food to satisfy Fury’s 4,500 calories a day need. He has, of course, also been on washing up duties after each of Fury’s five daily meals.

“Tyson is like a Lamborghini and if you owned a Lamborghini you wouldn’t put shit fuel in it,” says Lockhart. “It’s about recovery. Tyson can burn 1,500 calories in 45 minutes so we are constantly replenishing. That means it’s not just the quantity of the workouts that has increased but the quality too.”

Fury’s meals are delivered with military precision, and you’d expect nothing less from a nutritionist who began his working life as a US Marine who did a tour of duty in Iraq where his four-man team helped apprehend 200 suspected insurgents. That was, of course, prior to Lockhart turning his hand to becoming a MMA fighter himself, before he eventually became nutritionist and chef to some of the world’s most dangerous fighters.

Speaking to The Athletic, Lockhart revealed the type of daily diet he serves to Fury and his three brothers.

8am, breakfast: “[Fury’s day] starts off with fruit and Greek yogurt. He loves that. And he feels strong with that. He has that every morning. Obviously, we switch it up, but we have tons of berries so you get a lot of antioxidants.”

Pre-workout shake: “The pre-workout will basically, depending what time of the day it is, be beta alanine. He’ll get 4,000 milligrams of beta-alanine. We’ll give them like 200 milligrams of caffeine and those are gonna be the basics. The base for pre-workout.“

During-workout shake: “He’ll have BCAAs with a little bit of creatine and sugar.”

Post-workout shake: “He’ll get dextrose in a supplement form, a type of fruit for fructose. Then we’ll add a whey protein isolate for his post. An hour after that shake, he eats his meal.”

11am, lunch: “Tyson likes spicy food, which blows my freaking mind because being an Englishman, it’s usually not the case. I cooked him up some shit — because I’m half Mexican — that put my tongue on fire and he’s cool with it. He gets a curry almost every single day for inflammation. There are a million different curries out there, so I’m constantly coming up with new curries.”

2pm, second lunch: “He has to have at least one serving of seafood every single day. And then I try and do one red meat or chicken. So every meal he gets different meats, you’ll get a huge variety of foods. I try to get different meats every single meal. A chicken, a fish or last night he had sirloin steak.”

Fury’s works out again in the afternoon and will be fuelled by more pre, during and post-workout shakes.

6pm, dinner: Fury will have something like chicken vindaloo with turmeric for its anti-inflammatory properties, but this meal will be crafted around whatever meat Fury hasn’t had earlier in the day.

9pm, second dinner: “He’ll have his power balls, his energy balls. It’s basically almond butter, oatmeal, coconut, honey, pecans and dark chocolate chips all rolled into balls. A couple of those before he goes to bed.”

Want to know more about the Gypsy King? Read on…

We answer some of your most Googled questions.

Mention Tyson Fury and the name Anthony Joshua won’t be too far behind. Of course a potential showdown between the two has been derailed somewhat by Joshua’s loss to the former unified cruiserweight champion of the world, Oleksandr Usyk, but if you think that’s the last you’ll hear of a Fury versus Joshua fight, think again.

Joshua himself has already said he’d fight Fury even if he’d didn’t manage to regain his WBA, IBF, WBO and IBO belts in the rematch against Usyk. “The belts are fun, it’s great, it’s legacy but with or without the belts I’ll fight whoever,” said Joshua. “The road to undisputed is a nice title to have and a nice title to chase, but would you still watch it without the belts? That’s the main thing, you’ve got two competitive fighters in the ring, from UK soil that just want to go toe-to-toe.”

Tyson Fury’s promoter Frank Warren has also said that Fury against Joshua is a huge fight, regardless of what belts are on the line. “I do believe the public buys into that fight even if AJ isn’t champion,” Warren told the BBC. “If he did fight Tyson he would have a lot to prove and I do think the public would buy into it.”

There was a time when boxing’s heavyweight champion was the most powerful and respected man in all of sport. Period. Too many belts mean the title’s significance has been diluted, but the paydays are as big as ever, and Tyson Fury has cashed in.
Winning the second fight against Deontay Wilder means that Fury is expected to take a 60-40 split of revenues from their third bout, which could total around £22m. Meanwhile, according to the Mirror, Fury’s company accounts show he banked £57.35m between February 2019 and 2020, while his business turned over £63.9m of revenue during that period, with a profit of £57.9m, which leaves Fury with a total fortune of around £109m.

And what does Fury do with all that money? Well, he lives in a five-bed, four-bathroom home in Morecambe that is worth over £550,000, according to Zoopla and The Sun. The same newspaper also reports that Fury owns a Marbella mansion, estimated to cost around £6million, and a string of cars including a red Ferrari Portofino and a Rolls Royce Dawn.

Standing at 6ft9, Tyson Fury is a huge, hulking man, and his size is one of the things that makes him such a dangerous fighter. Fury has a reach advantage over all of his heavyweight opponents, and is 3-and-a-half inches taller than his opponent on Saturday, Wilder.

Having said that, Fury’s height isn’t his only advantage, and he’s often credited with having the movement of a much smaller fighter.

It seems lots of people are searching for Tyson Fury’s Twitter account. To those people yes, he is on Twitter, and you can find his account here. Expect to see lot of retweets that show Fury in action. You’re welcome.

Considering how much he’s crammed into his life so far, it’s slightly surprising that Tyson Fury is still only 33 years old. He was 28 when he beat Wladimir Klitschko to claim the WBA, WBO, IBF, IBO and The Ring heavyweight titles. He was 29 when he vacated those titles, and was 31 when he won the WBC and Ring boxing titles from Deontay Wilder.

Tyson Fury hasn’t got just one book out, he’s got two. His autobiography, called Behind the Mask, explores how he overcame his battles with “obesity, anxiety, drink and drug abuse, depression and despair,” while his self-help book is designed to help people transform their “mind, body and goals,” and is called The Furious Method.

“Love him or loathe him, there is no denying the immense sporting and cultural impact of Tyson Fury. Behind the Mask is the candid, combative memoir of a prodigiously talented but stridently outspoken and troubled individual, all recounted in the author’s inimitably dynamic style,” reads Waterstones’ synopsis of Behind the Mask. 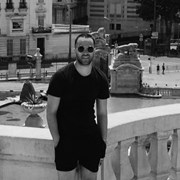