Tiger King Is Returning To Our Screens: Here’s Everything You Need To Know About Tiger King 2 - Men's Health Magazine Australia

Tiger King Is Returning To Our Screens: Here’s Everything You Need To Know About Tiger King 2 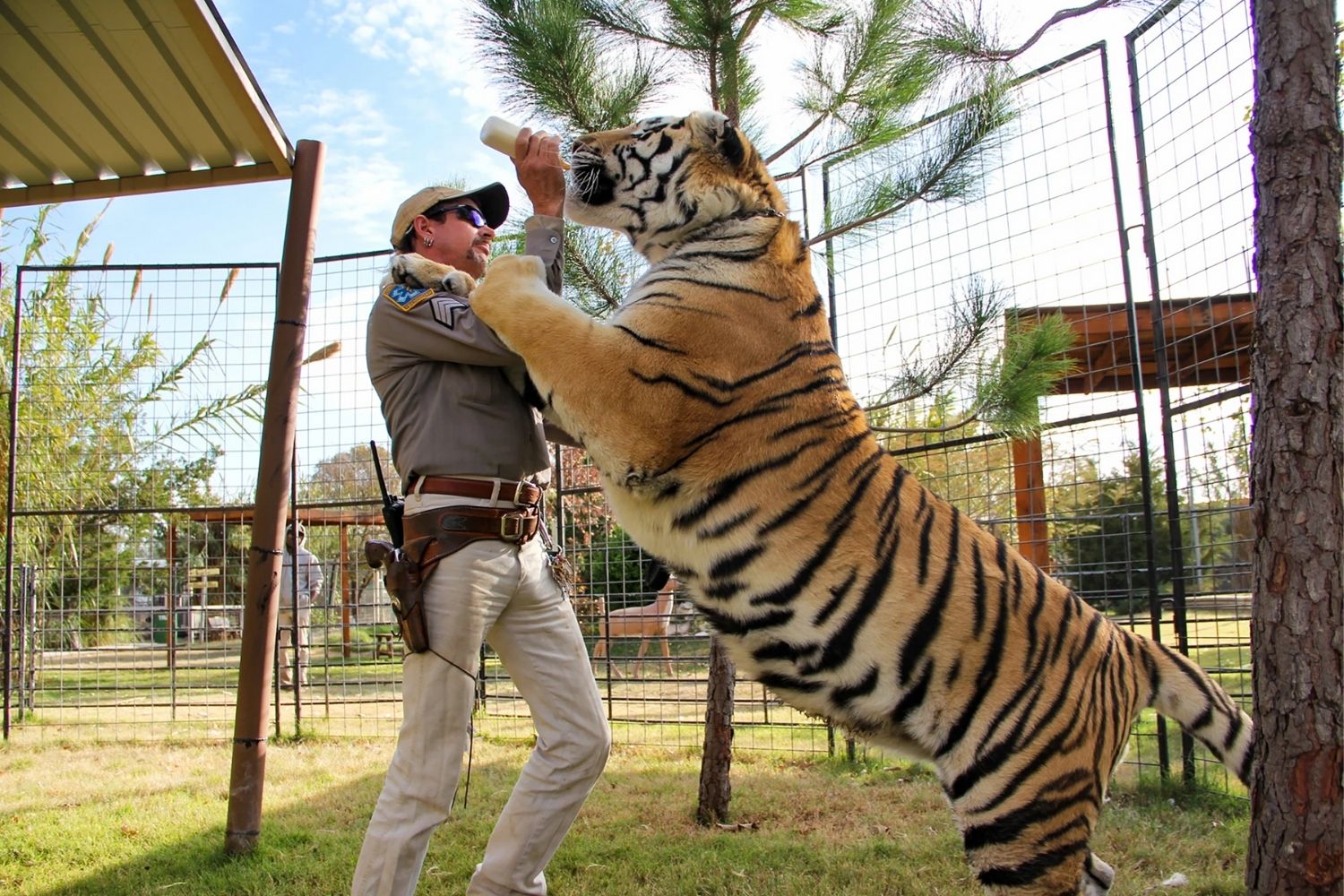 At the height of the global pandemic, the world was united not just in a quest to find a Covid-19 vaccine, but in our viewing pleasure too. We couldn’t get enough of Tiger King, it seemed. The Netflix documentary became a social media sensation, turning Joe Exotic into a household name almost overnight. From those who gravitated to the man as something of a style icon, to others who were so ensorcelled by his antics, their daily routines became an endless scroll of Tiger King-related memes, the show was one that dominated any and all conversation. Some time might have elapsed since we all binged the show, but questions still remain and now, it appears the good folks behind the documentary are willing to gamble on a return of our appetite for big cats and true crime as it’s been announced Tiger King 2 is in the works.

For those in the minority who are yet to watch Tiger King, the documentary followed Joe Exotic, his many husbands, and his long-running vendetta against fellow large cat enthusiast, Carole Baskin. For Exotic, things didn’t end well and his quest for vengeance ultimately culminated in a failed attempt on her life. It’s one that ended Exotic in jail and while Goode and Chaiklin will return for the second season, it’s unsure whether Exotic will be involved with the story given that he’s currently in prison.

Baskin’s own involvement in the documentary also appears unlikely. Shortly after the documentary was announced in a Netflix trailer, she told Variety that she was left blindsided and angry by both her portrayal in the first season, and the announcement of the second. “I know some people who have been involved in it and they were doing more filming, so I assumed at some point they would come out with a Tiger King 2. It took them five years to put together the first one, so I thought it would be a lot longer,” she explained.

After the original Tiger King debuted, Baskin said the directors came to her hoping to ‘clear the air’, but she told them to lose her number as the documentary was far removed from what they had agreed they were working on. “I wouldn’t call Eric Goode or Rebecca Chaiklin true documentarians. I mean that was just a reality show dumpster fire,” said Baskin. “My phone started ringing off the hook for three months straight, people cursing at me and telling me that they wanted to burn the place to the ground and they wanted to kill me and my family and the cats.”

Baskin added, “Whatever Tiger King 2 does, I’ll have that same reaction from the public that has been misled. I’ll have to spend a lot of time explaining to them how they have been misled, which means I have to watch it. I think there’s a Mark Twain quote about a lie making its way around the world faster than the truth can get its pants on, and that’s true because people just love a good lie.”

One thing that is clear is that even despite the time that has passed since we sat glued to the screen watching Exotic and his big cats, our enthusiasm for Tiger King is far from waning. Two more Tiger King-adjacent stories are in development, one of which will star Nicolas Cage as Joe Exotic, the other featuring SNL’s Kate McKinnon as Carole Baskin. Currently, no release date has been set for Tiger King 2 but it’s expected to come to Netflix later this year, perhaps just in time for the holiday binge we all know and love.