If you didn’t know the name Harvey Lewis before, you will now. 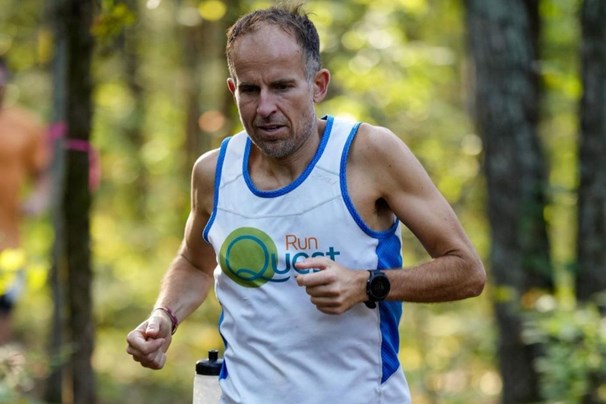 It used to be the case that running the City 2 Surf was considered an endurance event, 14km of rolling hills stretching from the city to Bondi. But in recent years, endurance events have taken on something of a new life form, intent on pushing the human body to its absolute limits – both psychologically and physically. For some the marathon still looms large as the Bucket List item worthy of completion, but for others their sights are now set on feats that seem superhuman: 100-mile races and 48-hours of continuous running. For Harvey Lewis though, an ultra runner from Ohio, his goal was something few could conjure with their imagination alone: 354.169 miles (approx. 569.97 kilometres) in 85 hours/laps.

The feat was accomplished at this year’s Big’s Backyard Ultra, an event Lewis had previously taken part in as an assist in 2017 and 2020, being the second-to-last runner left in the race. No stranger to demanding efforts and sustained periods of running through the Pain Cave, Lewis tackled the challenge this year with gusto and at 45-years-old, he became the undisputed backyard ultra world-record holder.

If you aren’t familiar with the backyard racing format, it essentially encapsulates many pop-up races that take place around the world. Where other events are defined by flashy sponsorships and carefully plotted course routes, the rules of backyard racing are simple: run a 4.167-mile loop at the top of every hour until one runner has done at least one more lap than the second-to-last runner. If both runners stop at the same time, then no winner is declared. At Big’s, runners must complete a trail loop during the day, and a road loop at night.

Given that the pandemic came to derail most races in 2020, this year’s event marked a return to the racing format we all know and love. Not surprisingly, following the previous year’s virtual event, 2021’s race boasted one of the most stacked fields in racing history, even if some international runners were still unable to make the trip due to pandemic-related travel restrictions. But with a number of top runners toeing the start line, Lewis knew he was in for a challenge, taking on the likes of champion Courtney Dauwalter, Big’s regular Dave Proctor, Michael Warden, and Steve Slaby.

Runners took off at 6am, with just three of the 35 starters dropping out within the first 24 hours (roughly 100 miles into the race). After that though, runners seemed to drop out almost every hour with just nine completing 48 hours. It goes without saying that to sustain that kind of energy for such a race demands careful planning, both in terms of training and the nutrition and hydration runners need to consume during the run. Thankfully, Lewis had that experience and alongside his crew chief Judd Poindexter, he’d troubleshooted any issues that could arise on race day. He fouled well and took five- to 10-minute naps when he could during the night, a significant change from the tactics going into 2017 which saw Lewis not sleep at all.

At the 72-hour mark, just three runners were left standing: Lewis, Missouri’s Chris Roberts, and Japan’s Treumuchi “More” Morishita. The runners were now heading into unknown territory, becoming the first in the history of Big’s to go into the fabled fourth day, as just two backyard races in the world have done so previously.

In an interview with Runner’s World, Lewis explained: “We all wanted it so bad. We had lasted so long out there, which takes incredible willpower. It definitely helped. I wouldn’t have been out there without a reason to keep going, so I really enjoyed the challenge of running with them for so long together.”

From lap 63 the trio continued to battle on and tactics continued to come into play, with some choosing to sprint out ahead in certain areas. But just before dawn, Roberts began fighting off an injury that threatened to derail his chances of victory. While he managed to recover, Lewis and Morishita suffered a fall on lap 81 which saw Morishita miss the cutoff by 30 seconds as Lewis scraped through, trailing Roberts in the race. Falling on the final hill, Lewis sustained a hand injury but ignored it, choosing to press on in his quest for victory.

“As we got to the night, I thought for sure we’d be going to 400 [miles], so I mentally prepared myself for that,” he said.

Many thought the race would continue well into the night, but after setting out on lap 85, Roberts returned to camp before completion. Unaware of his competitor’s struggles, Lewis forged on and still wasn’t even convinced he won until he got back to camp. Greeted by roaring applause from the crowd, Lewis was crowned Big’s champion, capping off a year that also saw him win three major races: Badwater 135, Ohio’s Backyard Ultra, and Big’s. It also sees him take the world record for most yards ever completed in a backyard race, taking the title from UK’s John Stocker who ran 81 yards with his assist, Matt Blackburn, at the Suffolk Backyard Ultra in June 2021.

Speaking about the accomplishment, Lewis said: “It was an incredible experience. It has been one of my dreams to win this race, and to have it come to fruition was pretty mind-blowing for sure. I was super psyched.”

Still, it seems the celebrations will be had following some much-needed R&R for Lewis, who headed back to his tent shortly after finishing. “When I finished, whatever armour I developed in my mind that told me I wasn’t going to submit went away. I was really tired. I didn’t care where I slept. There was a cot in my tent 40 metres away, and it felt like the Taj Mahal. I fell asleep with half a plate of rice and beans on me.”