At 44-years-old, Bloom is looking as lean and muscular as ever. 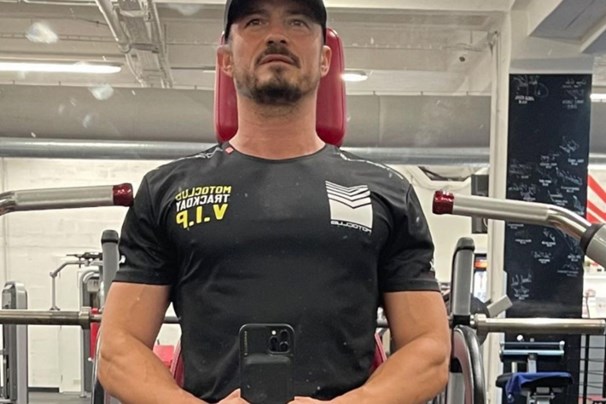 It’s hard to believe that in 2001, the world was not yet accustomed to the good looks and charm of Orlando Bloom. When he appeared on screens with the enviable blonde locks and impeccable aim that made Legolas a favourite within the Lord of the Rings franchise, audiences around the world quickly sat up to pay attention. Since then, it’s fair to say the star power of Bloom has continued to grow, with the actor finding himself playing such iconic roles as Paris in Troy and Will Turner in Pirates of the Caribbean. In recent years though, Bloom has become known less for his red carpet entrances and more for his doting posts as a dad. With two kids – the most recent of which is a one-year-old daughter with fiancee, Katy Perry – you’d expect Bloom to be revelling in the Dad Bod. After all, he deserves it. Instead, at 44-years-old, Bloom isn’t slowing down and if a recent post is anything to go by, he’s looking as muscular and lean as ever.

In a video filmed by Perry and posted to Bloom’s Instagram, the actor is seen shirtless as he gets to work on assembling his daughter’s nursery. There he is, in all his glory, fixing together a wooden flat-pack toy and a number of other DIY projects that would many any Bunnings-fiend blush. The video was quick to garner comments from Bloom’s adoring fans, many of whom commented their appreciation for his ripped torso and enviable physique. But it also serves as a good reminder that age is just a number and really, when it comes to health and fitness, staying in shape is the best gift you can give yourself when it comes to ageing. So, just what are Bloom’s secrets then?

When it comes to nutrition, it’s believed Bloom is vegan. It was said that he went vegan before Lord of the Rings, but then began eating meat again to bulk up for his role in Kingdom of Heaven. He explained that he’s “90 per cent plant-based, so I’ll only eat a really good piece of red meat maybe once a month. I sometimes look at a cow and think, that’s the most beautiful thing ever.”

In an interview with the Sunday Times earlier this year, Bloom shared an insight into his healthy lifestyle that also raised some eyebrows as many described it as being “very LA”. He revealed that when it comes to breakfast, he likes to “earn” it, and tends to have some green powders mixed with brain octane oil, a collagen powder for hair and nails, and some protein. It’s after exercise that he has a proper breakfast, “which is usually porridge, a little hazelnut milk, cinnamon, vanilla paste, hazelnuts, goji berries, a vegan protein powder and a cup of PG Tips.”

A fan of weight training and the outdoors, Bloom continues to switch things up when it comes to training and exercise. He’s shared videos of himself working out in the gym and is a fan of things like a hex bar deadlift, but also has been known to do pool and swimming workouts which even include dumbbells.

In one video shared to his Instagram, Bloom took a moment to show off his strength routine and the gym buddy that never misses a workout: his dog, Buddy. As Bloom goes through the motions of various exercises like barbell rows, weighted dips and countless others, Buddy keeps a watchful eye on the Hollywood star. Bloom is also a fan of hiking and outdoor activities, he’s regularly papped in the open water and favours things like stand-up paddle boarding, too.