Study Finds We Use Our Phones Everywhere, Even After Sex And On The Toilet - Men's Health Magazine Australia 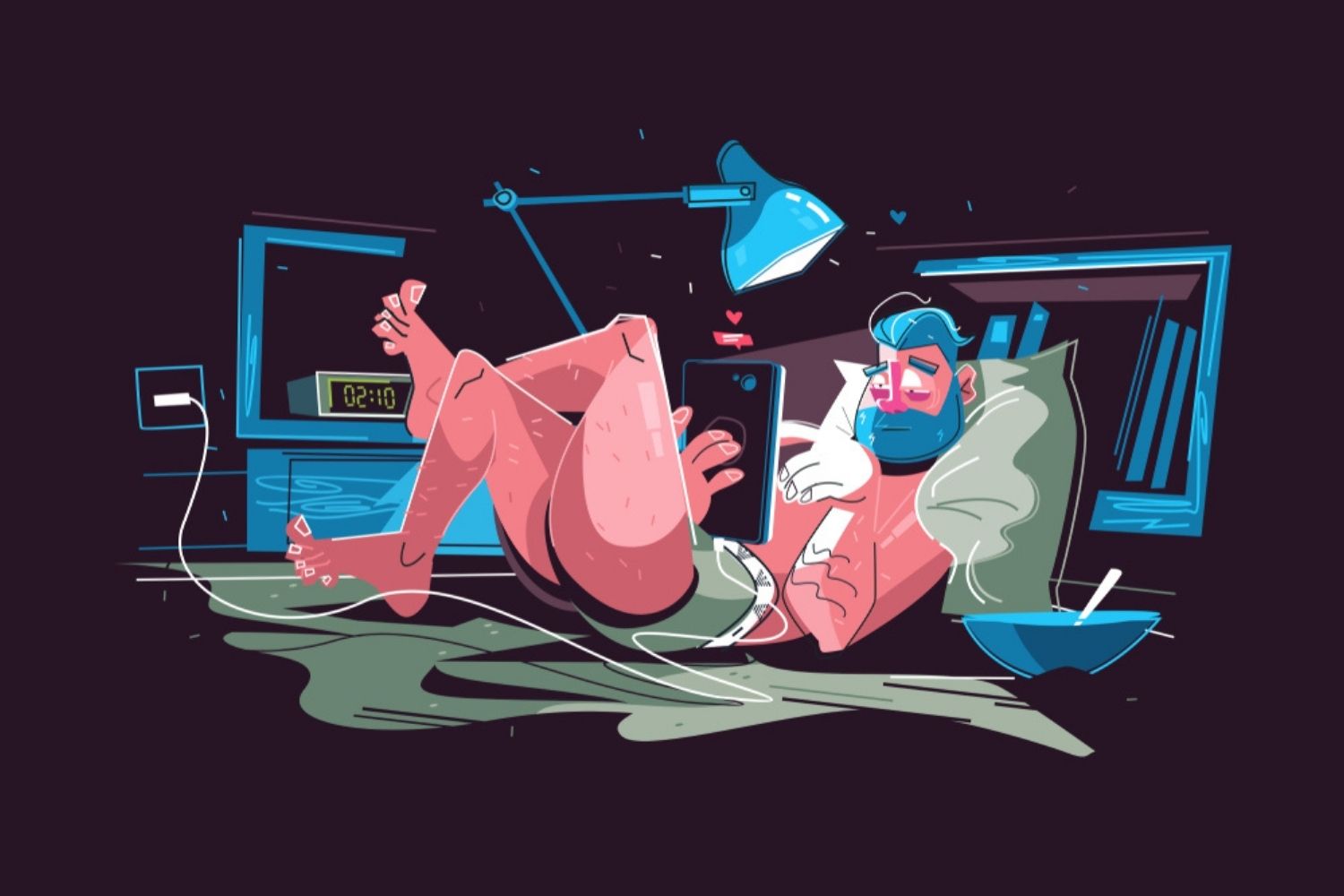 It used to be the case that if you were travelling on a flight, you’d pack a book or magazine. The same principle was applied to doing your business on the toilet, while simply engaging in conversation was expected of events like weddings, funerals and the aftermath of sex. Today however, it seems we’ve ditched conversation and books for one item we can’t go without: our phones. Whether it’s a social event or simply going to the toilet, our phones accompany us everywhere. To misplace our phone is to go into a state panic, frantically searching the house for it and hoping the silent vibrations might sound loudly from wherever it might be hiding.

As technology continues to advance and our phones come to house various apps that make books and magazines redundant, it makes sense that we might be drawn to them during times where boredom would have otherwise flourished. But according to a new study of 1,098 American adults by the games website Solitaired, our phone use is now pervasive: we use them all the time and everywhere.

The study sought to examine how and where people use smartphones to stave off boredom, fill time or simply find stimulation. People were asked what scenarios they most frequently use their phones out of boredom, and the results were shocking. It seems we’ve relegated safety to something abstract, with 88 per cent of people using their phones while walking on the sidewalk, 73 per cent while walking their dog, 42 per cent while crossing the street, and one in three while riding a bike or skating. It’s hardly surprising then, that 44 per cent of respondents have injured themselves while using their phones, either by falling or bumping into something.

As for why we seem to be so drawn to our phones, 86 per cent of Americans said they want to avoid interacting with other people, while 61 per cent admitted to using their phones to avoid specific family members around the holidays. 91 per cent also acknowledged that they turned to their phones out of boredom, even when in a situation to socialise with others face-to-face.

If the thought of going to the toilet without a phone seems horrifying, you’re not alone. But perhaps you should be more mindful of how much time you’re spending sitting there, after all, spending too much time on the toilet could lead to piles, even if it’s just a result of playing solitaire or scrolling through the endless feed of TikTok.

Data shows when it comes to break-ups, gender stereotypes don’t hold up

A Dad on His Perinatal Depression: “Whilst Trying to be Strong for Everyone Else I Didn’t Think of Myself”

A Dad on His Perinatal Depression: “Whilst Trying to be Strong for Everyone Else I Didn’t Think of Myself”

Parents who have experienced the debilitating impacts of perinatal anxiety and depression are bravely speaking out to encourage parents who may be struggling to seek support ahead of Perinatal Mental Health Week.

Many workplaces pride themselves on a work culture that champions being chained to the desk at all times, too busy to even pop out for a coffee run or bite to eat. But according to a recent study, those who take breaks throughout the day aren’t just getting more exercise, they’re also more efficient and productive workers.

Ava DuVernay and the show's directors reveal how they brought Colin Kaepernick's untold story to Netflix.

8 Men Who Discovered New, Improved Versions of Themselves Through Recovery

8 Men Who Discovered New, Improved Versions of Themselves Through Recovery