Should You Get The AstraZeneca Vaccine If You’re Under 40? Here’s What You Need To Know - Men's Health Magazine Australia

Should You Get The AstraZeneca Vaccine If You’re Under 40? Here’s What You Need To Know

If you’re confused about whether you can get an AstraZeneca vaccine in Australia, you’re not alone. Here’s everything you need to know about getting the jab under 40. 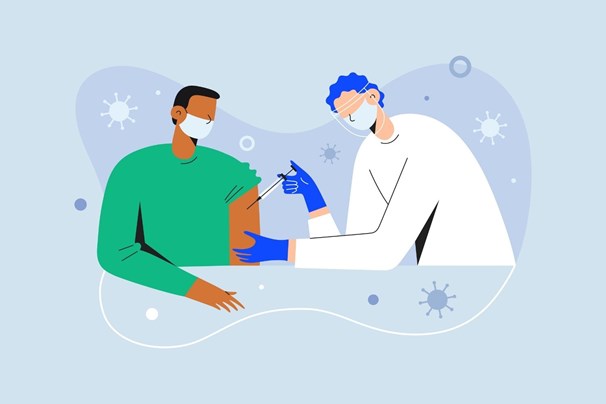 For some time there, Australia was a leading force when it came to containing the global coronavirus pandemic. Countries around the world began to look at us with a mix of awe and admiration, taking notes of our lockdowns and when such restrictions were enforced. But when the race to create a vaccine resulted in a number of different vaccinations hitting the market, the roll out came to be an issue of chaos and confusion. Overseas, those in the US and UK suddenly found themselves jabbed and returning to modern life with a sense of normality. The same can’t be said for here in Australia.

The recent delta variant that has caused outbreaks in NSW and other states has only highlighted what many have already been calling an ill-conceived rollout plan by Scott Morrison and his government. But in a case of too little, too late, Morrison revealed a change to the vaccination program this week, announcing anyone under the age of 40 can now approach their GP and request the AstraZeneca vaccine.

Previously, Pfizer was the recommended vaccine for Australians under the age of 60, with states and territories allowing people aged between 40 and 59 to book appointments to get the shot. AstraZeneca then, was bookmarked solely for those over the age of 60 due to the risk of rare blood clotting disorders linked to the vaccine in younger people. But as the rollout continues to be sluggish and cases around the country increase, Morrison changed tact.

After an emergency meeting of the National Cabinet, the PM described the health recommendation of Pfizer for those under 60 as a “preference.” He added, “But the advice does not preclude persons under 60 from getting the AstraZeneca vaccine. And so if you wish to get the AstraZeneca vaccine, then we would encourage you to go and have that discussion with your GP and we’ve already made announcements to support those additional consultations with GPs so you can have that conversation.”

QLD Premier Annastacia Palaszczuk gives the strongest rebuke yet to PM's suggestion under 40s can ask GPs for AstraZeneca following indemnity changes. "There's been no national cabinet decision. I'd like to ask the PM, did his cabinet make the decision?" #Auspol #Qldpol @SBSNews pic.twitter.com/zByO4Ikym2

Questioned further as to whether that meant “people under 40 will be able to talk to their GPs and get the jab immediately,” regardless of their age, Morrison responded: “The answer is yes, they can go and do that.”

But questions have continued to circulate and it seems we’re now more confused than ever. Just recently, Queensland Premier Annastacia Palaszczuk and the state’s Chief Health officer Dr Jeannette Young fired back at the PM in a press conference where they announced people under 40 would not be able to get the AstraZeneca jab. The premier added that there had been no National Cabinet decision on the matter, implying that Prime Minister Morrison had made the decision without consulting any other Premiers or health authorities.

“No, I do not want under 40s to get AstraZeneca,” said Palaszczuk, “Because they are at increased risk of getting – it is rare, but they are at increased risk of getting the rare clotting syndrome.” These sentiments were echoed by Young who said, “I don’t want an 18-year-old in Queensland dying from a clotting illness who – if they got COVID – probably wouldn’t die. So we are not in a position that I need to ask young, fit, healthy people to put their health on the line getting a vaccine that could potentially significantly harm them.”

"Do you think under 40s should get AstraZeneca?" Here's Dr Jeannette Young's response: pic.twitter.com/HpSF0k5KYH

If Australians were uncertain about the vaccine before, the latest political spat has only made us more unsure. With a growing demand of those under 40 wanting a vaccine, many are willing to get the jab, but are still questioning the safety in doing so. To go back to the initial advice issued by the expert panel on vaccines, the advice suggested: “AstraZeneca can be used in adults aged under 60 years for whom [Pfizer] is not available, the benefits outweigh the risks for that individual and the person has made an informed decision based on an understanding of the risks and benefits.”

Health officials are now advising that those wishing to get the AstraZeneca vaccine who are aged under 40 should consult with their doctors and weigh up their own risk and benefit in relation to that. Health minister Greg Hunt said the government as merely following the medical advice on the vaccine, which hasn’t changed.

As ABC reports, there’s no one group that speaks for all doctors, but many doctors believe the conversation surrounding AstraZeneca is one young people should be able to have with their GPs. “We have to remember that each person can make that decision, they’re an autonomous adult, and they need to do so with all of the facts before them and understanding the risk and benefit, particularly for them,” said Dr Karen Price from the Royal Australian College of General Practitioners.

Dr Omar Khorshid from the Australian Medical Association told the publication, “We, like the PM, recognise that there has been a desire in the community for access to AZ.” He added, “People have been saying, ‘I want it, I’m happy to make that call.’ So, whilst the AMA does support ATAGI’s advice and says you should get Pfizer, this change is something that will free the vaccine up.”

Former deputy chief medical officer and face of the government’s vaccine ad campaign, Dr Nick Coatsworth, has also come out in support of young people being allowed to choose their vaccine. Coatsworth has warned of the dangers that come with taking a paternalistic approach and said, “An 18-year-old could die, and no-one wants their advice to be responsible for that, but if we look at the death statistics every year, for the five-year age group from 20 to 24, we’re tragically losing young Australians to a whole variety of causes of death – most often suicide or accidental injury. I think the reality of this is, whilst emotion plays into it, we need to perhaps return to the raw facts. Which are even if you vaccinated every 18-year-old in Queensland with the AstraZeneca vaccine, the chances of any of them dying from [the rare blood clots] is vanishingly low.”

Ultimately, it’s a personal decision that needs to be made but as health officials are now urging, for those wanting the AstraZeneca vaccine under 40, being able to talk to your GP about the risks should dispel any of the uncertainty. Until then, Australia will continue to grapple with the spread of coronavirus amidst a disastrous vaccine rollout.

Time to put that vape down, for good.

With anxiety becoming more prevalent in the last year as a result of the global pandemic and lockdown restrictions, there’s growing curiosity in THC. But as this cannabis scientist explains, it’s important to do your research first.

The role of antioxidants beyond the hype.

We answers your burning questions.