Prone To Farting When You Snooze? There’s Bed Sheets That Can Help With That - Men's Health Magazine Australia

Prone To Farting When You Snooze? There’s Bed Sheets That Can Help With That 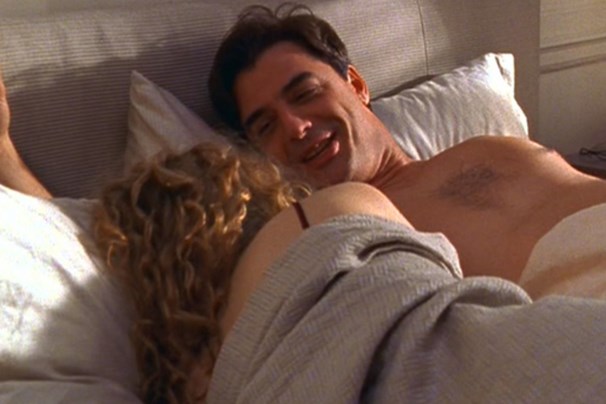 If you have a problem, you can guarantee someone out there has not only lived it, but come up with a solution for it too. And for those prone to farting at night, there’s now anti-flatulent bedding to help soothe your farting pastime.

We know some men refuse to acknowledge that they watch Sex and the City and actually enjoy it, but there’s one scene that seems to break even the most ardent deniers down, their steely exterior crumbling into one of comedic laughter at the memory. For the uninitiated, this is the episode where Carrie is in bed with Mr Big, just another romantic morning with two bodies intertwined between the sheets. And just when you’re thinking you’ve about seen all the love being rubbed in your face from an on-screen couple, Carrie lets one rip. Her mortification is instant, with Big stunned into disbelief. Carrie crawls under the blanket in a hope to hide her embarrassment, but as Big is quick to advice, “It’s probably worse down there!”

Few things are as universal as the embarrassment that comes with that first fart you let out in the presence of a significant other. Whether it’s within the first month or two of dating, or a year into the relationship, there’s always a grace period where farts simply don’t exist in the cute, romantic bubble you’ve set up. But when you’re spending every other day together, nights away and essentially sleeping in the same bed each night, it becomes inevitable that you’re going to have to pass wind at some point and sometimes you just can’t make it out the house and down the street in time. After all, we’re only human and farting is just a by-product of being a functioning, living being. Right?

If the struggle is one you’re all too familiar with, allow us to introduce you to Shreddies. After inventing a game-changing anti-flatulence underwear, the company behind the product has now announced its latest innovation: anti-wind bedding. Featuring a carbon undershot and duvet cover filter, these feature carbon panels built in to trap the stench of smelly farts, allowing you to not only get some restful shut eye, but the person sleeping next to you, too.

According to the company, The Flatulence Filtering Duvet Cover includes an inbuilt carbon panel to trap flatulence gases before they escape through your duvet. All that’s required is that you insert your own duvet into the cover, allowing your gas to be discreetly filtered for the duration of the evening.

As a spokesperson for the company explained, “Both products use the same technology found in our award winning underwear, the highly porous carbon acts as an adsorbent which attracts and traps flatulence odours and is simply reactivated when washed.”

They added, “These brand new products are the latest in a long line of successful odour eliminating products that Shreddies brand is known for, including their patented underwear, undershorts, cushions and odour eliminating bags.”

It’s not a bad invention when you consider that the average person passes gas 14 to 20 times per day, with most experiencing excessive flatulence at night when they’re lying down. This is largely due to the fact that in the evening, gas ‘pools’ up inside the colon, often coming out in powerful bursts rather than in little doses throughout the day. “Throughout the night, this gas is released and can cause an unsettled night’s sleep and an unpleasant odour. We know speaking to our customers that bad flatulence at night can drive spouses from their marital bed,” said the company.

Avoid the embarrassment of letting it rip at night with this invention. For more information on Shreddies and their full range of products, visit the website here.