Politix Has Created A Suit Made From Moustache Hair, All For A Very Good Cause - Men's Health Magazine Australia

You’ve heard of the Meat Dress, but have you seen the Mo-Suit?

When Lady Gaga ascended the stage of the 2010 MTV Video Music Awards draped in various cuts of raw meat, viewers could only look on in equal parts disgust and fascination. The ensemble was aptly named the ‘Meat Dress’, and even 11 years on from the event, it still remains one of the most confusing yet memorable fashion moments ever seen. But it seems Gaga was yet to meet her match by way of the Mo-Suit, a garment equally hideous but all for a very good cause.

Leave it to menswear label Politix to create a suit made from men’s moustache hair. The leading men’s luxury fashion designer has a knack for continuing to innovate within the world of fashion and in celebrate of its annual Movember campaign, the creative team decided to think outside the box. The result: the Politix Movember Mo-Hair suit. Created in collaboration with Melbourne-based visual artist Pamela Kleemann-Passi, who work explores the connection between art, hair and medical science, the incredible two-piece puts men’s health in the spotlight.

Created using Kleemann-Passi’s mo-hair textile which was formulated through a combination of moustache hair and cotton, it was then woven and held together by a tulle overlay. Then, this material was cut into a tailored, single breasted Politix suit, courtesy of head of design, Paul Burden. If all that wasn’t enough to excite you, the suit even features hairball buttons to round-out the sophistication of such an ensemble.

As part of the brand’s ‘Worn to Be Heard’ campaign, the suit encourages men to ‘cry like a boss’ and express their emotions, something that toxic masculinity has long sought to suppress. But in recent times, and particularly now more than ever, reaching out to ask for help or simply having those deep conversations with friends isn’t a sign of weakness, but rather one of strength. As more men are seeing the benefits of being vulnerable and authentic with one another, the conversation around men’s mental health is one that is being had – in workplaces, sporting clubs, at dinner tables and on the long run.

The campaign from Politix features three custom designed jackets emblazoned with messages highlighting the key areas of men’s health – mental health and suicide prevention, prostate cancer, and testicular cancer. From “Cry Like a Boss,” “Grab Cancer By The Balls” and “We Need To Talk”, these jackets inspire and encourage conversation.

Politix tapped The Wiggles’ Anthony Field, Sunrise weatherman Sam Mac and actor Lyndon Watts to front the campaign as ambassadors, a decision that comes after each individual expressed a personal connection with the Movember mission. For Field especially, mental health is something he has been open about after battling with his own clinical depression. Mac lost a close friend to suicide, while Watts also understands the importance of checking yourself regularly for testicular cancer, which remains the most common cancer in young Australian men.

As Politix head of marketing, Richard Dalke, suggests, through this campaign and Movember, it’s hoped that men will continue to check-in on friends and support one another, while encouraging conversations around health. “We’ve partnered with Movember for four years, supporting their work changing the face of men’s health,” said Dalke. “We do it for our fathers, partners, brothers, sons, and mates – because Politix is committed to helping men look good, feel good and do good.” 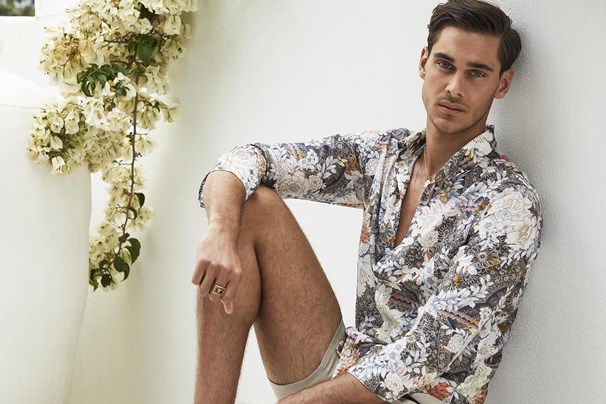 Leading the charge in creating striking men’s swimwear and resort wear is the formidable lifestyle...

Level-Up Your Fitness Routine With These Top Activewear Picks

Level-Up Your Fitness Routine With These Top Activewear Picks

If you’re in need of extra motivation to reach your fitness goals, some fresh gear never fails. We’ve rounded up our top picks in activewear to see you through a summer of training.

October is the new January.

Why This Game-Changing Trainer Makes Running Effortless – At Any Level

Why This Game-Changing Trainer Makes Running Effortless – At Any Level

Amp up your speed with ease in these high-tech PUMAS.

Ryan Gosling Has Been Announced As TAG Heuer’s Global Ambassador

Ryan Gosling Has Been Announced As TAG Heuer’s Global Ambassador

The campaign is, ironically, timeless.

The collection will include both activewear and casual fashion pieces for the sartorially savvy.

From eco-conscious brands to those fusing functionality with style, our pick of the best new sneakers will ensure you command attention when stepping out.