Skeptical about NA beer? We were, too, until these brews turned us into true believers. 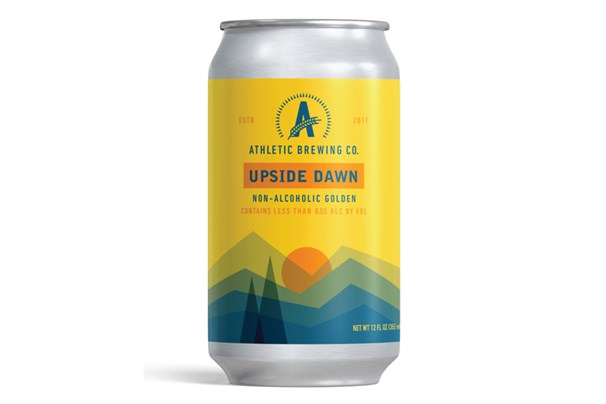 When I informed a few drinking buddies that I was going to start drinking nonalcoholic beer on the reg, I was met with looks of concern. “Are you okay?” and “Um, why?” were the questions that followed what I considered to be a casual conversation-starter. That I apparently needed a reason to drink NA beer speaks volumes about the stigma it’s carried around for decades. If you don’t have a problem with alcohol or you’re not currently pregnant, what would possibly draw you to nonalcoholic beer?

To be fair, I shared some of that cynicism before I was introduced to several beers that were simply delicious, tasting less like ersatz versions of their potent counterparts and more like malty, hoppy, full-bodied (but lower-calorie) brews that were enjoyable on the palate, but wouldn’t mess with my sleep. As I made my way through Dry July, I didn’t think twice about pairing an NA beer with a home-cooked meal or taking one along, sheathed in a koozie, for an evening walk with my wife (secretly hoping some cop would hassle me for open container, only for me to reveal that, “No, officer, this is a nonalcoholic beer”). But I kept drinking them after July ended, in part because the occasional NA beer offered a great transition into nighttime relaxation that I wouldn’t regret in the morning.

Much of the skepticism surrounding nonalcoholic beer comes from decades of lackluster products that were only ever marketed toward niche audiences. But now NA finds itself in the midst of a mini-renaissance thanks to more wellness-minded consumers who are encouraging both craft brewers and bigger brands to innovate. Much like hard seltzerwas met with many eye rolls only a few years ago before it exploded in popularity, brewers are betting that superior NA beers could pull more drinkers into the category.

No matter your reason for wanting to try nonalcoholic beer, these are the 8 that turned me into an NA believer.

It has just enough bite and goes down best fireside after a long hike (or on your couch after a gruelling workday). Athletic only makes beers that are NA, and they’ve developed a cult following that seems to be growing month by month.

An expertly crafted flavoursome alcohol free brew with a balance of malt and hop notes for a clean, crisp finish. Perfect for any social occasion where you want full flavour, without the alcohol.

Australian made and female founded NORT Beer has produced three new varieties including the latest Pacific Ale, a thirst quenching beer, golden in colour with a fruity aroma and refreshingly crisp finish.

Like the breweries that have used lactose in their low-alcohol beers to achieve good body, Brewdog has done it by using eight different types of malt. That means Nanny State comes in at only around 26 calories per 330ml bottle. That’s similar to the same amount of sugar-free orange squash, without the additives.

Snorkeler’s Sea Salt IPA has sparkling, fruity and bitter components that perfectly complement each other but it is Insel’s master stroke of adding Baltic Sea salt that makes this beer such a very special experience.

We expected a lot from Peroni when they came our with their take on a non-alcoholic beer, and did it deliver. This satisfying, golden larger has a full hoppy flavour with slightly citrusy undertones and a crisp, dry finish.

Classic pale ale bitter finish but with a nice touch of malt up front. Really well balanced. The major difference to lesser alcohol free beers here is that Hawkesbury have mastered the right mouthfeel of a heavy drop so it’s not thin or watery.