How James McAvoy Transformed Into Beast-Mode For ‘Glass’

In just three months, the actor got into the best shape of his life. Now, the legendary trainer behind the physique is lifting the lid on McAvoy’s training secrets. 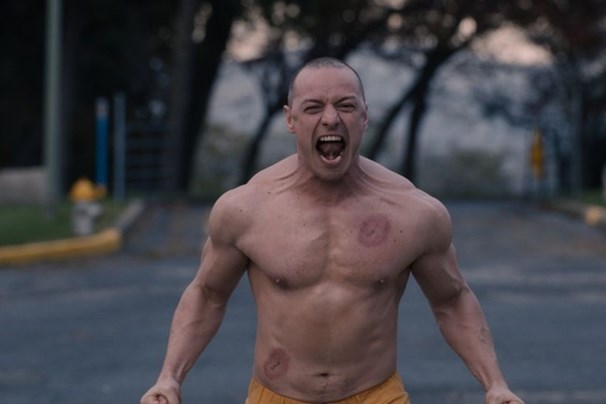 From Atonement to Filth to Atomic Blonde, James McAvoy is as close to an enigma as an actor can get these days. He’ll crop up in huge blockbusters like the X-Men franchise then star in a romantic thriller opposite Alicia Vikander or voice an animated gnome in Sherlock Gnomes.

Which is to say, when renowned horror director M. Night Shyamalan (The Sixth Sense) was searching for an actor to take on a villain with multiple murderous personalities in Split (2016) and then Glass (2019), McAvoy may not have been the obvious choice. But after seeing his physical performance into one murderous personality in particular – the hulking Beast – we couldn’t imagine anyone else in the role.

For Split the actor went it alone. For Glass, in which he co-stars with Bruce Willis and Samuel L Jackson, he decided to rope in some professional help.

Magnus Lygdback is a trainer, life coach and nutritionist with over two decades of experience. He grew up playing hockey at a high level back home in Sweden. After his career ended he began working with athletes and then musicians, having developed a method to treat musicians and their performance needs like those of athletes. “We know what a football player needs,” he says. “No one was looking at artists like athletes so I started breaking down what they need.”

“I was in the UK at the Corinthia. I can’t remember if it was on Justice League with Ben Affleck or when I was working with Katy Perry but I was sitting in my hotel room and I got a phone call from James’s agent saying James had heard about me and was doing this movie, Glass,” Lygdback explains. “James realised that after doing the previous movie, Split, he needed help to take his character to the next level.

A fan of McAvoy as an actor, and a fan of the good things he’d heard about him as a person, Lygdback agreed to FaceTime with the actor. “We hit it off,” he says. But, before they could work together it was vital that McAvoy knew what he was getting himself into.

“It’s important for me that my actor understands what they’re going to go through. I’m not just there to get a paycheque and say that I worked with someone,” Lygdback says. “I want to make a change. I want to make that transformation. If they’re not in it 100% I don’t want to do it. Sometimes you think they’re in it but they’re not. James was.”

“He was lifting already,” Lygdback explains. “He was working out but I could tell by talking to him that his programming was not great. His nutrition was not great.”

But, he was hopeful that the job could be done in the few months they had. “I knew that because he could deadlift and already lift the way he was able to we would hit the ground running and I wouldn’t have to do all those fundamental cycles where you build someone up,” Lygdback says. “I knew I could get a quick result just by changing programming, sets and reps. When I work with someone I step into their life. It’s not just that hour in the gym every day, it’s when do you go to bed, what do you eat, are you eating the whole portion? All those kind of things.”

Lygdback’s approach to training actors considers both the character and the individual actor. In McAvoy’s case, the Beast needed to not only look a certain way but to move a certain way too.

The key? Mixing it up. “We did some compound movements but I throw in a lot of isolated movements. That’s how you get results fast,” Lygdback says. “You can’t deadlift to failure, for example. But you can do shoulder raises to stress the muscle to the max. I start with a big lift then move over to isolated exercises to get the most out of each muscle group. It also reduces the risk of injury while working out.”

In fact, the programme was so good that Lygdback found himself in trouble with X-Men producers who worried that Professor X was beginning to look a little bit like a gym bro.

“At one point he got a little too big so the producers sat me down and told me off,” Lygdback jokes. “We had to make some adjustments. I reduced salts which binds water so he would get a little less bloated and gave him a little less carbs. But not much because I didn’t want to lose our progress.”

As for McAvoy’s approach to training, Lygdback says if he had a least favourite exercise it would be hard to guess what it was as the actor never complained. “He showed up every day, even when we did early mornings and he had a long day of filming. And you can tell; to look like that after three months is pretty nuts,” Lygdback enthuses. “I always say that as a person he is a great man. You don’t hear anyone say a bad word about him. He’s a fanatic human being.”

To look like the Beast you’ll need to focus on your back and shoulders. And while we’re at it let’s throw a bit of core work in there too for stability. Below is a single day’s plan from Lygdback’s McAvoy plan. Master this first then check out the entire thing on his app.

Take it slow (ish) with a treadmill-based warm-up. Walk to begin with to warm up the muscles, then sprint as fast as you can in sort bursts to get your heart pumping.

Attach a wide grip handle to the lat pulldown machine and sit down. Grasp the handle with your hands facing away from you, and just in front of your face. at shoulder width. Depress your shoulder blades while extending the shoulder as you pull the handle down and in towards your body. Slowly return the handle to the start for one.

Set your feet then grip the bar with your hands slightly wider than your feet. Sit down into your glutes with your chest high, back flat. With an underhand grip bring the barbell in towards your stomach. Keep your chin up and core solid as you work through the full set.

Sit down in a comfortable position. Grip the handles then squeeze through your shoulder blades to draw the handles back to just past your ears. Slowly return to the start for one.

Attach a straight bar to a cable machine, adjusting it so it sits at head height. Step back with your hands on the bar until your arms are straight. Pull them down, pushing the bar towards your knees without bending your elbows. Slowly reverse the movement to complete your first rep.

Find a dumbbell you’re happy with then, with your back straight and the weight in your hand, lift your hand out and away from your body at a 90 degree angle to your torso (out to the side, not forwards). Adjust the weight if it’s too heavy or light then keep working through the set.

Lay down on a bench. If you like you can grip the bench behind your head with your hands to lend stability. Raise your legs as per a leg raise then when they’re at about a 45 degree angle to the bench you’re going to kick them up to 90 degrees, engaging the core too. Good luck.

This article was first published on Men’s Health UK. 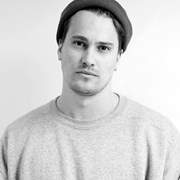 Tom Ward is a freelance writer and author. He is a winner of the GQ Norman Mailer Award and a PPA Award. Find him at tomwardwrites.com