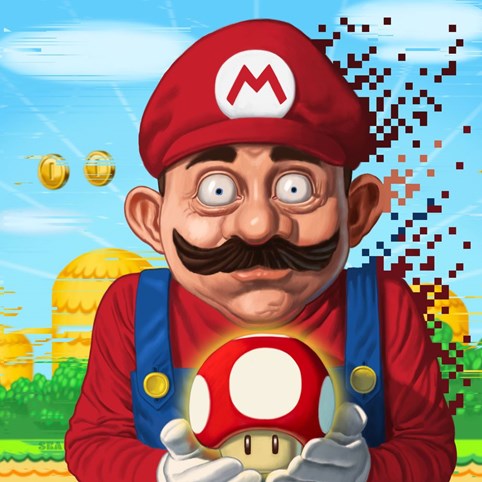 You’ve probably heard about all the ways that shrooms (or, more specifically, their active hallucinogenic compound, psilocybin) are mental-health cure-alls. Depression, PTSD, addiction: you name it and some wellness guru has likely told you that the right kind of mushroom can fix it. In the US, the people of Oregon voted last year to allow the therapeutic use of psilocybin in clinical settings.

It sounds exciting, but I’ve been sceptical, since I’ve seen a lot of promising yet fleeting therapies, especially for issues where conventional drugs don’t work that well. But then I thought, maybe this is the moment we need. With the mental-health fallout from the pandemic and concerns that suicide rates will rise, could a mystical, psychedelic experience truly bring people some much-needed relief?

I called up someone who knows more about it than almost anyone else: Matthew Johnson, at the Johns Hopkins Center for Psychedelic and Consciousness Research, where psilocybin is administered legally in research studies. Then I talked to Rick Doblin, founder of the leading organisation for psychedelic studies in Oregon. It solidified a few things for me and opened my mind (with a chat, not shrooms) about others.

Psilocybin can bring on breakthroughs in therapy. But so can talking

Psychiatrists and psychologists are constantly chasing “aha” moments in therapy, when a patient says, “I finally understand why I feel the way I do”. Sometimes this process takes weeks, and sometimes it takes years. Johnson believes that psilocybin can actually jump-start these types of breakthroughs and create “big-picture changes” quickly. Science hasn’t yet pinned down exactly how the drug works— some studies suggest it can increase the number of connections between brain cells in the areas that are responsible for processing thoughts, feelings and emotions. That might help explain why people report huge leaps in insight or dramatic changes in how they view things after a single experience with the drug.

I think about it as pressing the mind’s reset button. In Johnson’s lab, one of the most striking benefits of the drug has been its role in easing anxiety and depression in people with cancer. Next up, he’s targeting addiction and PTSD. It’s thrilling to think a drug can help with these afflictions. But it’s also important to remember that breakthroughs are achievable via therapy, without the possibility of a bad trip.

If you “do mushrooms” the helpful, therapeutic way, it’s not exactly a party

“Sometimes people come out of the session saying, ‘Why in the hell do people do these for fun?’, because they come out emotionally and physically exhausted,” Johnson tells me. And those are instances when the active ingredient is measured and controlled. In recreational use, it’s harder to judge how much psilocybin you’re getting, and it’s easier to end up in the kind of bad trip/downward mental spiral your high school health-ed teacher warned you about.

To get a useful effect, therapy is still essential

For psilocybin to help, “it’s not just about taking the drug,” says Doblin. “It’s not even just about the experience. It’s about what you do with it and how you integrate it [into your life].” A task force in Oregon, with input from Doblin, is aiming to nail down what the clinical model should look like, and a key will be having a mental-health professional or trained guide there with you who has gotten to know you first. This guide, and the therapy you get stemming from the drug experience, is critical. In fact, it keeps Doblin up at night thinking about what would happen if psilocybin were an approved drug and therapists simply started prescribing it without the proper protocols. It won’t necessarily
help to just have the drug out there, he says.

It’s not going to be at the office anytime soon

Right now in Australia, you can get this therapy only if you’re in a study as a terminally ill patient. In February, the Therapeutic Goods Administration rejected an application to allow doctors to prescribe psilocybin and MDMA (ecstasy) to people suffering from chronic anxiety, depression or PTSD. The battle is sure to continue. In the meantime, the DIY approach to using mushrooms to change your state of mind isn’t the way to go. Though Johnson doesn’t have issues with recreational use per se (legality issues notwithstanding), he says that you have to be honest and not pretend you’re doing it for your mental health. Outside of a lab, there are always reports of people who don’t recover from a bad trip, or even harm themselves during one. “There will be casualties for sure,” says Doblin.

My mind is still open. It’s possible that with enough good research, psilocybin could become part of the future of mental wellness. But don’t wait until then
to get help for the issues that are bothering you.

How I Keep it together

For some people, decompressing after a long day might mean grabbing a beer from the fridge. For Justin Kan, the sober cofounder of the live-streaming platform Twitch – which had 55 million monthly active users when he sold it to Amazon for $970 million in 2014 – a green tea “productivity” drink helps reenergise him. Here’s how the serial entrepreneur and YouTuber manages his stress.

Kan, 37, kicks off his morning with a cup of decaf coffee and a “productivity” beverage called Magic Mind, containing the adaptogens ashwagandha and turmeric as well as longevity supplements resveratrol and glucosamine. After that, he’ll meditate for 25 minutes and write in his gratitude journal.

9AM BREAK A SWEAT

Now that he’s a new dad, Kan refers to his workout schedule as “aspirational”. Plus, “I broke my elbows a year ago in a bike accident,” he says. “But before, I was doing a lot of yoga.” These days, he’ll push himself with cardio by fitting in a ride on his Peloton bike or doing his favourite strength workout: 500 kettlebell swings.

With a lot on his plate, Kan can struggle to zero in on a specific task. He’s found that going for long walks helps with focus. “I’ll try to take calls while walking,” Kan says. And he’s not a huge fan of video calls, preferring to do business over text or to jump on Clubhouse, where you’ll catch him moderating conversations about tech.

One of the best parts of Kan’s career? “I don’t often feel like I’m doing work.” When you’re having fun, your job seems easier, and Kan likes to jump between two things he loves: investing and creating content for his podcast. “My social and work lives are blended . . .  I work with a lot of people I’m friends with.”

Every night, Kan keeps dinnertime free so he can sit down and eat with his family. They also have a ritual: “Before we have dinner, we’ll go around and everybody says what they’re grateful for”. Maintaining feelings of gratitude through the day helps boost
his mindset, which, in turn, makes him more productive.

“We’re running a resource-scarce algorithm in our brains in a resource-abundant world,” says Kan. Translation: everyone has access to a lot of stimulation. To “reset”his mind at night, Kan deleted email and entertainment apps on his phone, instead using it only for reading and meditation.

This story originally appeared in the November 2021 issue of Men’s Health.

What you need to know about skin cancer to protect yourself.

Time to put that vape down, for good.