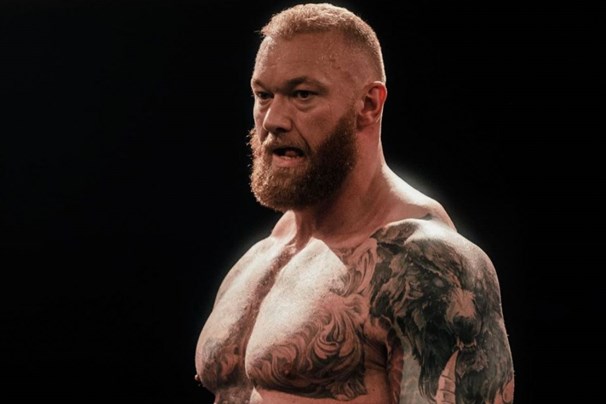 To earn the title of “World’s Strongest Man,” you have to be dedicated. For no-one is this more true than Hafþór Björnsson, a man of such colossal size and strength that he’s aptly been nicknamed ‘The Mountain.’ But in more recent months, Björnsson is boasting a markedly different frame. He still has the strength, power and height, but he’s shed a staggering 50kg off his bodyweight all courtesy of a super strict diet and clean eating.

In an interview with Men’s Health UK, the strongman revealed that he feels a more positive shift already since having lost the weight. “I feel so much better than when I weighed 205kg. I’m obviously healthier, but I am also more focused,” he admits. When it came to throwing impossibly large stones and achieving weightlifting records that almost seemed humanly impossible, Björnsson would have to force-feed himself, believing the bigger, the better. It’s a mentality he’s now ditched and it seems his weight loss goals are only continuing. Still, a clean diet might be working wonders for his waistline, but it’s also bland and restrictive. It’s not hard to see why so many fall off their diet plans or ditch them entirely, as this kind of eating can be hard to sustain. But Björnsson admits that it’s his Cheat Day that allows him to sustain his healthy eating.

In a video shared to his social media, Björnsson revealed his Cheat Day meals and said, “I have to admit, I’m getting a bit bored of my diet and eating like a maniac for how long now.” In order to keep himself from giving it up entirely, he allows himself one day a week where he can sleep in and eat whatever he wants. “You have to have balance. You have to have a day off, at least once a week, where you breathe, relax and do what you want to do.”

For his Cheat Day, Björnsson takes “relaxing” to a new level. He doesn’t cook a single meal but instead chooses to hit up some of Iceland’s best fast food joints, including a breakfast spot where he digs into eggs, bacon, tomatoes, potatoes, buttered toast and pancakes with maple syrup. “I’m going to enjoy this,” says Björnsson.

Björnsson then stops off at a Mexican restaurant to pick up a chicken burrito with rice, beans, veggies and cheese. While it’s certainly an indulgence, Björnsson doesn’t go as all out as he would back when competing as a strongman. “On Sundays when I cheat I like to have some meals very dirty but other meals are a bit better,” he says.

For his third meal, Björnsson grabs himself a Hlollabatar sandwich, which is made up of bacon, beef, fried ham, cheese, fried onion, salad and a side of fries. “All the goodies,” says Björnsson, “very nice”. To finish it all off, Björnsson then digs into a pizza as he admits no Cheat Day is complete without a pizza. And once it’s all over, it’s time to focus on the next day with its training plan, recovery and diet.

“You have to have balance in life, you can’t just eat like a maniac every single day,” he says.