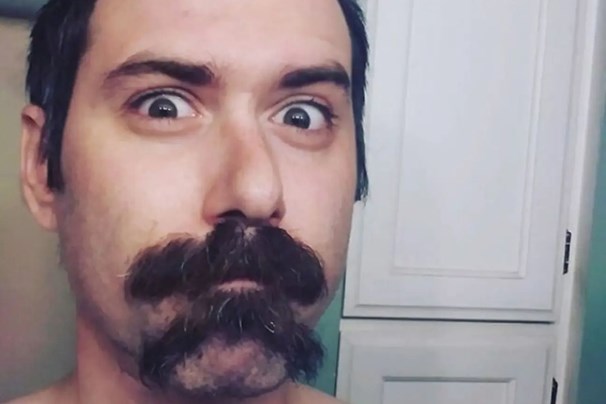 The world of men’s grooming is like the Wild Wild West: uneventful for the most part, but occasionally something pops up to frighten you half to death. While we can’t say we’ve seen as many trends as women have when it comes to hair and grooming, it seems to be the case that when something appeals, we cherish that style and ride it out until our death. It’s the reason why grown men still sport mullets favoured by the likes of Billy Ray Cyrus as he crooned, “Don’t break my heart, my achy-breaky heart” and why others favour the elaborate routine showcased by the infamous Patrick Bateman in American Psycho.

While grooming preferences are a subjective choice, for the most part they tend to reflect something about the environment we grew up in, or the social circles we entertain. But for the latest grooming trend, we can’t help but question how such a thing emerged and why people love it. Enter the double moustache.

The moustache has long reigned supreme as the OG of facial hair. For some, it’s a marker of maturity, pride, and commands deep respect. Just look at Hot Rod and the despair that befell Rod when he struggled to grow one (“You know I have a hormone disorder!). But it seems the male population of moustache-wearers now aren’t content with one, rather they want two. And so the trend of double moustaches was born, a trend that sees people grow a second ‘tache beneath the mouth, or even sometimes with both shoved in above the lip.

As far as trends go, this is a strange one and we can only blame lockdown-induced boredom as the culprit for such a thing. Some men have gone all-in with their second moustache, and it appears that this is a trend that can be performed to varying degrees of effort, from those that are grown long and wild, to others that are delicately curled and manicured.

I need all of my non-baseball fan followers to look at mike fiers' monkey tail beard. thank you. pic.twitter.com/0o3lcH7bjz

The double moustache is just the latest worrying trend to emerge out of men’s grooming. Before this, there was the monkey tail beard, an alarming trend that saw blokes groom the beard and moustache in such a way that it resembled a monkey tail snaking down one sideburn, the jawline, then along the chin before curling up around the side of the mouth, before ending above the top lip. Why would people do such a thing? We do not know. Just please, don’t try this at home.

Just in time for Movember.

Hair thinning? You need to read this.

Premature ageing due to the sun? We've got you sorted.

All you need is some length on top.

Hollywoods leading men weigh in on how often they shower.

Replace all those bottles on your shower shelf with one of these.