Study Says Men Used to Have Penis Bones, but Then We Got Married | Men's Health Magazine Australia

Study Says Men Used to Have Penis Bones, but Then We Got Married 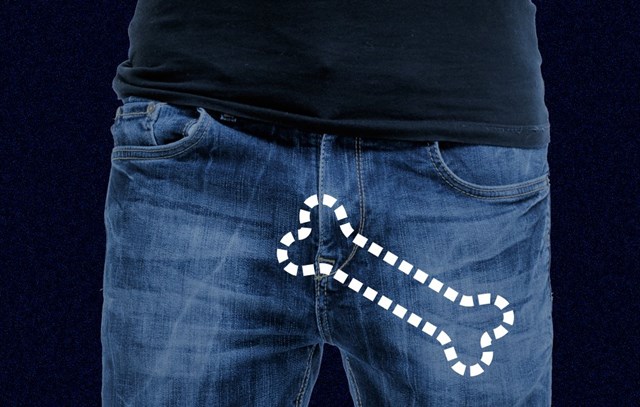 Ever wonder why you don’t have a penis bone, even though you call your erection a “boner”?

British researchers have finally figured out the answer: They say that men’s choice to be monogamous about 1.9 million years ago robbed them of their penis bones.

The new study examined the evolutionary progression of the baculum, or penis bone, in a variety of primates, who developed the bone 50 million years ago. After that, the baculum lengthened in some species, shortened in others, and for human beings, went away altogether.

The length of the baculum corresponds to the duration of a primate’s mating session – the longer they bone, the longer their bone. And a longer mating period was necessary for ancient guys to pass along their genes, lest another dude mate with their lady right after they finished.

Related: A New Study Reveals Women Don’t Give A S*** About Your Penis Size

When human beings stopped swinging and settled down, the baculum went the way of the dodo bird, as it was no longer a necessary appendage for a guy to pass on his genes. (Chimpanzees, for comparison, have a baculum the size of your fingernail.)

Before you get jealous of your monkey relatives, realise that adult male gorillas only have 1.5-inch penises, despite their bonus baculums.

The Beginner’s Guide To Talking Dirty In Bed

The Beginner’s Guide To Talking Dirty In Bed

When Is The Best Time To Have A Protein Shake?

When Is The Best Time To Have A Protein Shake?

A New Study Might Have Reignited The Debate On Eggs

A New Study Might Have Reignited The Debate On Eggs

Osher Gunsberg Opens Up About Life As A Stepdad

Osher Gunsberg Opens Up About Life As A Stepdad

Ask Her Anything: How Fast Should I Thrust During Sex?

Ask Her Anything: How Fast Should I Thrust During Sex?

Hot or Not? Jude Law’s Beach Pope Bod Sent The Internet Into a Frenzy

Hot or Not? Jude Law’s Beach Pope Bod Sent The Internet Into a Frenzy