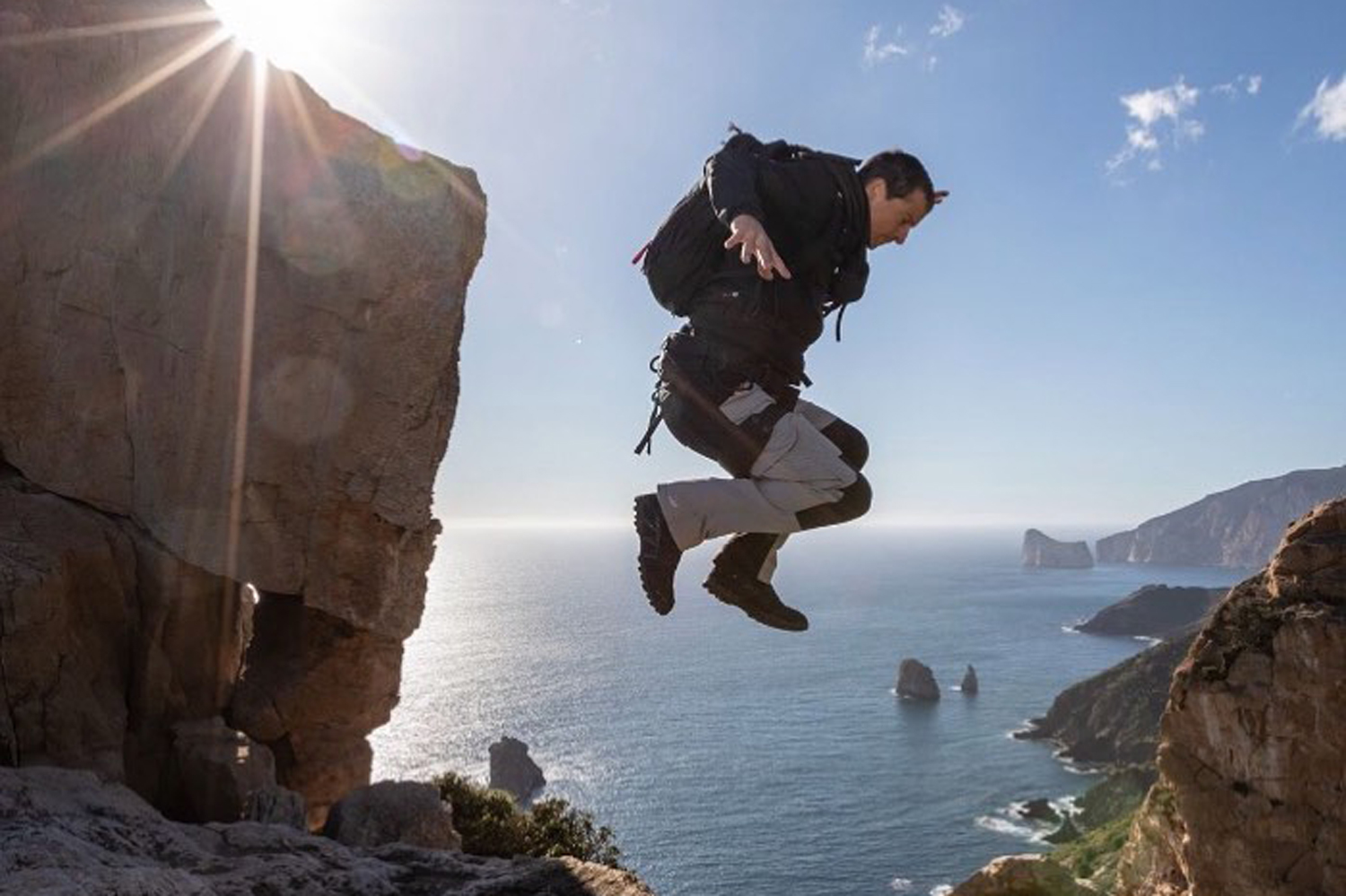 Keeping his body in peak physical condition seems like a prerequisite for Bear Grylls, host of shows like Running Wild, Netflix’s You vs. Wild, The Island, and World’s Toughest Race. On Monday, the 46-year-old adventurer shared a look at just one of the ways he maintains a physique worthy of traversing some of the world’s deadliest environments, along with a challenge to his YouTube followers.

In the brief clip, Grylls ups the ante from an earlier fitness challenge involving toe-to-bar movements, this time doing a series of ‘hand to toes’ while hanging upside down from a pair of gravity boots. “If you completed the last challenge of 20 x ‘toe to bars’, then here is a new one: 10 ‘hand to toes’… the challenge is set!” Grylls wrote in the post’s caption. For those who complete the challenge and let him know in the comments, Grylls added, he’ll pick one winner and give them a call—provided they also follow his YouTube channel.

RELATED: Why Bear Grylls Thinks You Should Hold Your Own Poop

Unless you already boast some serious core strength, however, you might want to sit this one out. “This is a lot harder than you may think, and it’s not just abs. It requires a ton of glute control, and eccentric ab control, because gravity boots are prone to leaving you with some swing when you lower,” says Men’s Health fitness director Ebenezer Samuel, CSCS. “If you don’t control that, you could slip off your bar.”

If you’re still planning to give it a shot, Samuel advises taking your time with these—and stopping a rep earlier than you may think you’re able. “If you go to fatigue, you’ll have trouble dismounting. Focus, too, on not collecting momentum and ‘swinging’ your hands up to your feet,” he says. “Tighten your abs and let them slowly drive you up on each rep.”

likes – View Post on Instagram
If you completed the last challenge of 20 x ‘toe to bars’, then here is a new one… 10 ‘hand to toes’… the challenge is set! (Let us know in comments below if you complete it and we will pick a winner – & as long as you are a subscriber to my YOUTUBE Channel, I will then call you to say hi.) @bemilitaryfit #nevergiveup #functionaltraining #functionalfitness #bodyweightexercises

RELATED: Bear Grylls Wants To Get You Military Fit – Here’s How

This Is The Best Way To Break Up With Someone, According To Science

This Is The Best Way To Break Up With Someone, According To Science

Is this Google’s iPhone killer?

Is this Google’s iPhone killer?

Chris Hemsworth Gives Hitchhiker A Lift… In His Chopper

Chris Hemsworth Gives Hitchhiker A Lift… In His Chopper

The Next Big Things In Health Food and Drink, According To The Experts

The Next Big Things In Health Food and Drink, According To The Experts

“I Had A Vasectomy For ‘Work’ And Here’s What Happened”

“I Had A Vasectomy For ‘Work’ And Here’s What Happened”