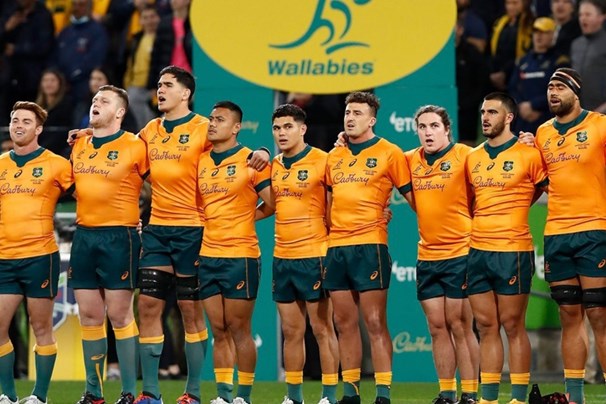 When news broke that Australia would be hosting the 2023 FIFA Women’s World Cup, celebrations erupted across the country. From the players to the devoted fans and football enthusiasts, everyone seemed united in their enthusiasm and the understanding that hosting such an event isn’t just about putting Australia’s women’s team in the global spotlight but extends further, representing a commitment to the game and its growth here on home soil. Now, it’s rugby that wants to do the same with Australia launching a bid to host the 2027 Rugby World Cup.

As the north-south financial divide continues to widen in the sport, many are urging those behind such decisions for World Rugby to name Australia as the host nation of the 2027 men’s tournament. Many believe that the leading opponents when it comes to hosting duties is the United States, however the Australian bid team believe the US would be a better option for the 2031 tournament.

A formal bid presentation from Australia will take place in two weeks time, with the sole aim of illustrating just how important a World Cup here in Australia is, not just for our own players but for the global sport itself. Those working on the campaign are looking to make it clear that the global game could suffer if tournaments like the World Cup are only awarded to the richest nations. According to Rugby Australia’s chairman Hamish McLennan, “We have made that argument. If World Cups just oscillate between one or two countries then I think it defeats the purpose. It feels right that after France in 2023 it comes south. I just think it’s good for the global game.”

Despite NFL being the primary drawcard when it comes to sporting tournaments in the US, World Rugby is known to want to take a major tournament to the United States in an effort to expand their audience. But as McLennan suggests, such a thing would make more sense when the Eagles national team is more consistently competitive. “Rugby is still a relatively immature sport in the US and they’ve still got to build a team up. You saw the recent 104-14 score between the All Blacks and the US Eagles. I think they need time to invest in their team and build their stocks up.”

Here in Australia, we have our own problems when it comes to rugby. Audiences have dipped considerably and it’s feared we’re also losing players in a competitive market. As McLennan suggests, high-profile league players would be more inclined to transfer to a 15-a-side code if a World Cup was held on home soil. “We’re seeing rugby league players losing at our calendar,” he said in an interview with The Guardian.

“We’ve got a Lions tour in 2025 and, potentially, a World Cup in 2027 leading into an olympics in 2032. Some of these guys are putting their hands up and saying: ‘We want to be part of that.’ They realise the potential that exists.”

The final hosting decision will be taken in May 2022, but as it stands Australian officials are currently undecided on where the tournament might be held. Perth, Melbourne and Sydney are all potential candidates, presenting an exciting opportunity for the beloved Australian cities come 2027.