The Australian rider crosses the line first in Tignes after a breakaway, and now sits in second behind Pogacar. 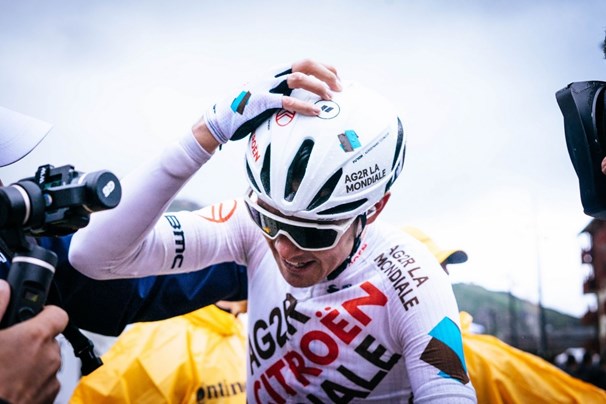 While the Tour de France always proves for entertaining viewing, this year’s Tour has been more catastrophic disaster than scenic marvel. In the first stage, crashes abounded. Often, you can expect the odd crash in the opening as riders confront their own nerves and an aggressive peloton, but rarely do you encounter the kind of stupidity and selfishness that was seen when a spectator held out a large cardboard sign with the words “Go! Grandpa and granny” in front of cyclists, only to cause one of the worst crashes the Tour has ever experienced. Much of the Tour has now turned into the saga of finding the spectator – who fled the scene – and demanding justice, but the cyclists had only one choice: keep calm and carry on.

In the last few days of Alpine racing, the Tour saw champion Tadej Pogacar breakaway, taking a strong lead after just nine of the Tour’s 21 stages. At the first summit finish in Tignes, the UAE Emirates team leader again managed to take time, proving too good for the likes of Ineos Grenadiers who once seemed so dominant in the mountains. But while much of the attention has landed on Pogacar’s incredible racing, it was the fresh-faced O’Connor who stole headlines.

Having made his Tour debut, the Australian managed to clinch the freezing cold stage, which saw riders tackle wet conditions on the 144.9km race from Cluses to Tignes in the Alps. Showing his skill and unwavering resilience, O’Connor launched an attack that saw him battle it out alone for much of the course. Though part of an early breakaway of 43 riders, O’Connor then attacked on the Col de Pre climb and a number of category 1 ascents. Many thought the stage would be won by Nairo Quintana or Mattia Cattaneo, but with 17km to go, O’Connor managed to pedal to his first Tour stage win.

🇦🇺 @ben_oconnor95 won the stage in Tignes with a fantastic solo effort! 🏅

Here is his final KM, where all the effort paid off!

“It’s life changing for me,” said the 25-year-old Connor of his first Tour stage success. “It’s a far-fetched dream when you come from Australia. To achieve this today is testimony to everyone who’s believed in me over the years. It’s so fulfilling and there’s so much joy. I’m loving every single moment.”

In doing so, O’Connor now stands in second place. He started the day outside the top 10 in overall standings, but his performance now sees him just 2 minutes and 1 second behind the yellow jersey. His stage win is just the second time an Australian has won a mountain-top finish at the Tour de France after Simon Gerrans on stage 15 in 2008.