At 74, Sly Stallone Is Still Working Out Like Rocky - Men's Health Magazine Australia

At 74, Sly Stallone Is Still Working Out Like Rocky

In a recent training session with Gunnar Peterson, the action star proved why he’s still one of the fittest men in the business. 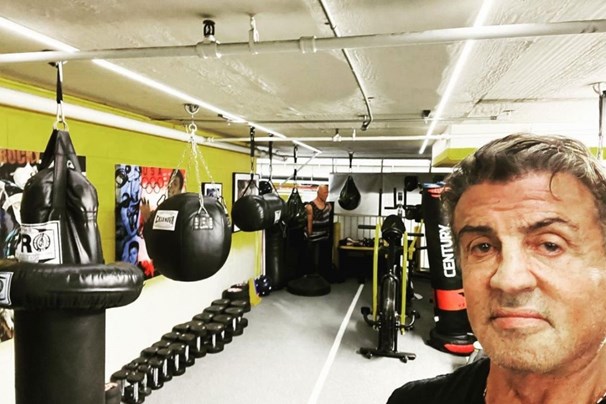 Some films are so iconic, they practically live in the memory of audiences forever. Where other movies fade from public consciousness a day or two after the release, the same can’t be said for Rocky – a film that not only spawned a franchise, but made Sylvester Stallone a household name. From the buff physique that came to inspire generations of fans to hone their craft in the gym, to the sounding thump of Eye of the Tiger which continues to be the pump-up song for all those looking to get fit, Rocky continues to stand as the movie of choice for those looking to not only get swept away in brilliant storytelling, but also come away from viewing with a zest for life and desire to be more like Sly – that is, get their act together and get to the gym.

While Sly Stallone was the actor of choice for any hard-hitting action movie, the Hollywood star isn’t immune to the ageing process. Try as we might to locate the fountain of youth, it continues to elude us. But if a recent video of Sly training is to be believed, it seems even at 74-years-old, the star isn’t slowing down. In fact, just watching Sly workout is enough to raise your own heart rate in physical exhaustion, as he takes to the gym like the iconic character he made famous.

Sharing a video to Instagram, the actor captioned the post, “Good ‘heavy’ morning! Punching hard till the final bell.” The video shorts Stallone performing a variation of a getup with a plate grip. It’s a less-than-conventional exercise to be performing, let alone at the age of 74, but Stallone looks just as jacked as ever as he pushes through the obvious burn and rises to his feet without letting his grip on either of the weights slip.

The video is just a small glimpse into a regular training session with his personal trainer and strength coach, Gunnar Peterson, who has famously trained the likes of Olympic athletes Lindsey Vonn, hockey star P.K. Subban, and actors like Hugh Jackman, Matthew McConaughey and Kate Beckinsale. While it’s unclear whether Stallone is training for an upcoming project, or simply keeping up his super-hero strength, regardless it’s the kind of fitspo we need.

The star frequently shares glimpses of his workouts on social media, along with those nostalgia-induced throwbacks to that era where he was Rocky. If ever you were lacking motivation to get to the gym and workout, you need only take a cursory scroll through his page to find yourself donning that activewear and bee-lining to the weights rack.