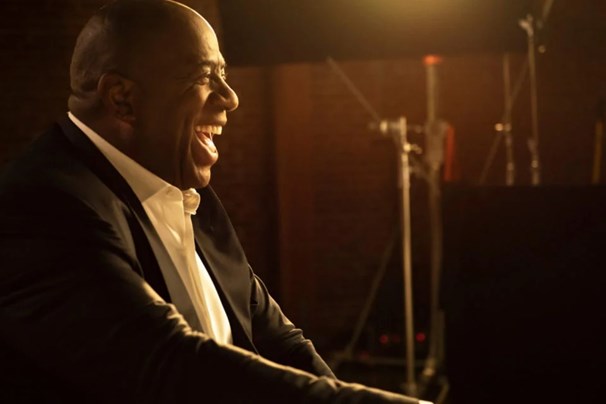 There’s been many a basketball great to emerge from the NBA in its history, but Earvin “Magic” Johnson stands out as one of the all-time greats. During his career, Johnson steered the Lakers to five NBA Championships and was also part of the 1992 gold medal-winning USA Olympic team. On the court, he was a showman; delighting fans and audiences around the world with his athletic prowess and unparalleled skill. But he was also a character, a man of outstanding leadership and impact whose legacy continues to grow. It makes sense then, that should there be another docuseries to follow in the same vein as The Last Dance, the subject should be Magic Johnson. And according to reports, that’s exactly what Apple TV+ subscribers can expect as a new documentary series about the life and career of the Lakers great is on the cards.

The four-part docuseries will chronicle the two-time NBA Hall of Fame’s accomplishments, both on and off the court. Directed by Rick Famuyiwa, the series will trace Johnson’s upbringing in Lansing, Michigan, through to his championship career with the L.A. Lakers and his HIV/AIDS activism.

In 1979, Johnson was the NBA’s overall No.1 draft pick and ended up playing with the Lakers for a total of 13 seasons. He also briefly served as the Lakers’ president of basketball operations. But perhaps all athletes face a challenge of identity, one that sees them question if theirs is a name that will only be known in relation to their sport, or if they might become bigger than the sport itself. For Johnson there was never any debate. He became an advocate for HIV/AIDS education and research after announcing his HIV-positive status in November of 1991.

While it’s not the first time the spotlight has been on Johnson, the docuseries promises a new direction. Previously, most stories surrounding Johnson focused on the rivalry and friendship between him and Larry Bird, something that came to be the subject of a book, HBO documentary and, remarkably, a Broadway play. But the new series will provide an insight into Johnson’s life and career unlike any that have come before.

According to Apple, “The series will explore the remarkable accomplishments and global impact of Earvin “Magic” Johnson’s life – from his humble beginnings in Lansing, Michigan to becoming a five-time NBA champion with the Los Angeles Lakers, he changed the conversation around HIV and transcended into a community activist and successful entrepreneur. Featuring never-before-seen footage and interviews with Magic, powerhouses from business and politics, and those in his inner circle, the series will offer an unprecedented look at one of sport’s all-time greats.”