Want the kind of bulging biceps or toned torsos reserved for Hollywood’s leading men? These celebrities spill their secrets. 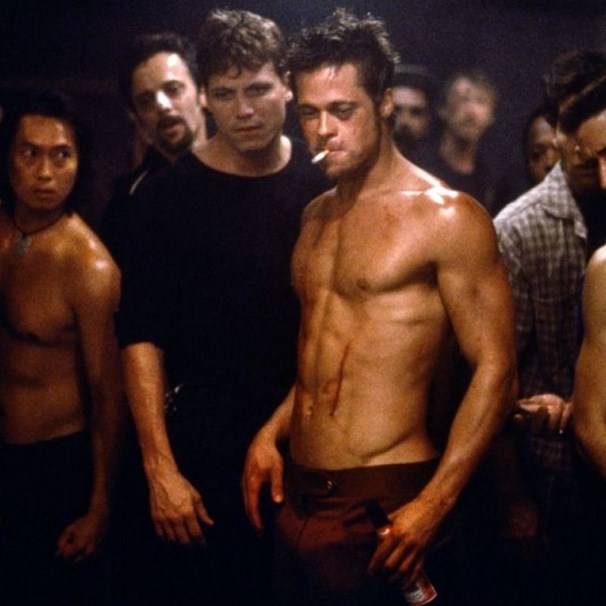 When it comes to working out, we’ll take whatever guidance we can get. Going into the gym blind with no clue as to what muscles you’re looking to target or what machines you’re wanting to use is a dangerous and often futile mission. To really maximise your workout and get the most out of your time in the gym, you need a plan, a checklist you can tick off and a goal worth working towards.

That’s why we love to take cues from Hollywood’s leading men. OK, maybe not the actors themselves, but the trainers behind their famous torsos and ripped physiques. As Channing Tatum perhaps said it best, these actors do it for the movies – after all, when you’re getting paid to be in shape, it’s likely that you’re going to stick to your fitness goals and see them out to the very end. Dedication doesn’t waver when there’s a paycheque on the line.

But as the world’s leading trainers behind Hollywood’s biggest stars prove, there are countless ways to workout efficiently and effectively. All it takes is a plan and preparation. That’s why we’ve rounded-up some of the world’s biggest celebrities, known as much for their films as they are their perpetually ripped figures, for some inspiration when motivation is lacking and getting to the gym feels like a chore. From Jack Gyllenhaal to Australia’s own Chris Hemsworth, there’s no shortage of inspiration here.

Brad Pitt is always in good shape but if ever there were a movie that put the star on the map – or at least saw him become the inspiration for those looking to get fit around the world – it would be Fight Club. The film’s stunt coordinator broke down the workout Pitt followed to get in shape for the role and it’s exhausting just reading it.

To get into shape for Bond, Daniel Craig embarked on a gruelling training regime that saw the actor start every week with a Monday full-body power circuit that combined muscle-blasting moves into a workout. The rest of the week was for chest, arms, shoulders, legs and other key muscle groups with some active rest scheduled for the weekend.

Cavill lost fat while building muscle for his role in Netflix’s The Witcher. He told Men’s Health, “Because I was training hard in the gym throughout the whole process, it became difficult for any injuries to heal. You stress the muscles so much when you’re super-dehydrated and tired at the end of the day that little things can happen, like muscle pulls, which never quite go away.” He admits the regime was gruelling, but he certainly looked the part. His fitness routine changed constantly but saw Cavill hit the gym five days a week, with fasted cardio for six days.

The singer, poet and swimmer might be looking to medal at the Tokyo Olympics, but he’s also known for his ripped physique. Simpson attributes that to his dedication to fitness, and has shared a workout that incorporates a warmup of jumping jacks and butterfly jumps, with upper body strength exercises like v-ups, Spiderman pushups and planks. It’s not for the faint-hearted.

Reeves stunned audiences with his physicality in John Wick and his PT, Patrick Murphy, has revealed just how hard the actor worked to get into fighting-fit shape. As Murphy explained, the key was supplementing what Reeves was asked to do on screen through a series of movements designed to help him perform at his best. This was achieved through corrective exercise, muscular endurance training, balance and stabilisation training, power training and recovery practices.

Known as much for his acting skills as he is his gym-honed physique, Gyllenhaal has become the go-to source for an action movie or dramatic role requiring a significant transformation. For Prince of Persia he worked with PT Simon Waterson to develop skills in fight choreography, while also focusing on flexibility, weights and cardio. Read more about it here.

The late actor will be sorely missed, but fans around the world have sought solace in one of Boseman’s greatest performances, that of Black Panther. His physicality was a huge part of the role and he worked with trainer Addison Henderson to get in shape. He did full body workouts and weight sessions, but also trained with martial arts instructors to perfect his movements and build mobility, too.

At 56-years-old, Kravitz is defying the ageing process. Having enlisted the services of trainer Dodd Romero since the ‘90s, Kravitz makes exercise a priority with a full body workout that incorporates cardio sessions and weightlifting. He runs through the trails surrounding his home and is known to use a coconut tree as a weight bench from time to time, too. Central to his workout is a focus on basic movements and high-rep sets.

The Aussie Golden Child is known for being superhuman when it comes to his strength and workouts. Regularly sharing his workouts alongside trainer Luke Zocchi, one such full-body workout features six rounds of burpees, curl presses, tricep extensions, squats, mountain climbers and sit throughs.

Known for his impressive physique, Jordan works out regularly with his trainer, Corey Calliet. For his latest role in the upcoming Without Remorse, Jordan doubled-down on his strength and conditioning. He did all of his gym work wearing a 12kg vest so he was pushed to exhaustion constantly. Exercise favourites include burpees, kettlebell swings, med ball slams, chest press and more. You can go into greater detail about Jordan’s Without Remorse training plan, here.